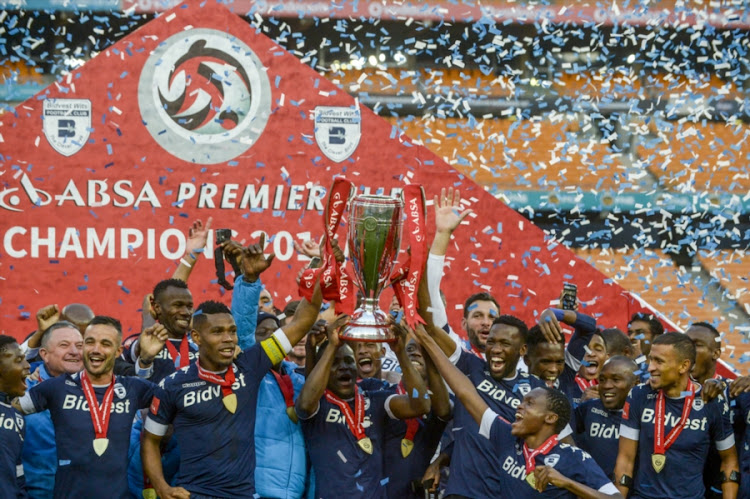 Wits receive the league trophy after the Absa Premiership match between Kaizer Chiefs and Bidvest Wits at FNB Stadium on May 26, 2017 in Johannesburg, South Africa.
Image: Sydney Seshibedi/Gallo Images

The fixtures for the 2017-18 Absa Premiership season have finally been released‚ two weeks before the kickoff.

The opening weekend of the new PSL season is headlined by a potentially explosive Tshwane derby clash between SuperSport United and Mamelodi Sundowns at the Lucas Moripe Stadium in Atteridgeville on Saturday‚ August 19.

The new season kicks off a day earlier with Bidvest Wits starting the defence of their title against last season’s surprise packages Cape Town City at Bidvest Stadium in Johannesburg on Friday night.

Sundowns ban players and staff from talking about Oupa Manyisa

Mamelodi Sundowns’ staff and players have been barred by senior management from making comments about Oupa Manyisa.
Sport
4 years ago

The other notable matchups of the opening weekend see Orlando Pirates at home to Chippa United at Orlando Stadium in Soweto‚ and Baroka FC at home to Polokwane City at Peter Mokaba Stadium in the Limpopo derby on August 19.

On Sunday‚ August 20‚ Kaizer Chiefs hit the road to take on Bloemfontein Celtic at the Free State Stadium in Bloemfontein while the other match of Sunday sees Platinum Stars hosting Maritzburg United at the Royal Bafokeng Stadium in Rustenburg.

On the field Milutin ‘Micho’ Sredojevic wants to turn Orlando Pirates around with an “iron defence‚ creative buildup and a sharp attack”‚ and if ...
Sport
4 years ago