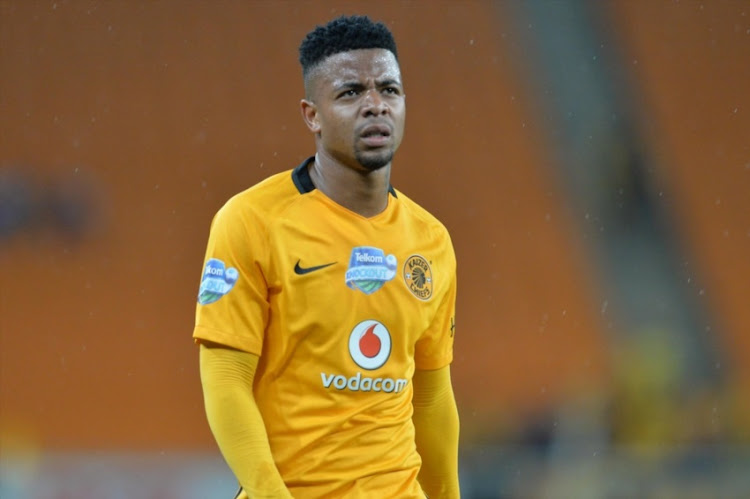 Lebese lost his place in the Chiefs side last season and he was in and out of the Chiefs squad during a largely forgettable campaign.
Image: Lefty Shivambu/Gallo Images

Unsettled Kaizer Chiefs star George Lebese continues to be linked with a move to Mamelodi Sundown but his coach Steve Komphela insists that the player is not going anywhere.

Komphela said on Monday the furious speculation does not change anything and he expects the popular player to report for training as normal on Tuesday morning.

‘‘Not unless there is something you know that I do not know but George is with us‚ he will be at training (on Tuesday).”

Lebese lost his place in the Chiefs side last season and he was in and out of the Chiefs squad during a largely forgettable campaign.

Even some of his staunchest fans began to question his commitment and speculation hit overdrive when he wrote on his Twitter account that he wants is to play football and it doesn’t matter what colour shirt he will be wearing next season.

Komphela said he has had numerous conversations with Lebese since reports of his unhappiness came to the fore and he remains committed to the Chiefs cause.

‘‘He is committed to playing for the team. There are actually more conversations that we have with George that the two of us discuss.

‘‘We say ’but were does the speculation come from?’ But understanding the nature of the business and the nature of perspectives and opinions‚ you cannot stop people from saying things.

‘‘But where does this one come from? Sometimes it pains me as a person because as a person I love football players‚ and I love people I work with.

‘‘Before you lead them‚ you have got to love them. I love all players I work with.

‘‘Now sometimes when certain things come‚ I do not immediately respond to things as they come in. I go to the person affected in the comment so that clarity is there and I understand that this guy this is where he puts me.

‘‘But sometimes it so painful when you are put in a compromising position that is completely out of your character.

‘‘I am a loving person and I have got no hatred. I don't even know what hatred is.”

Chiefs get their season underway this weekend when they face Supersport United in the quarterfinals of the MTN8 at Moses Mabhida Stadium.