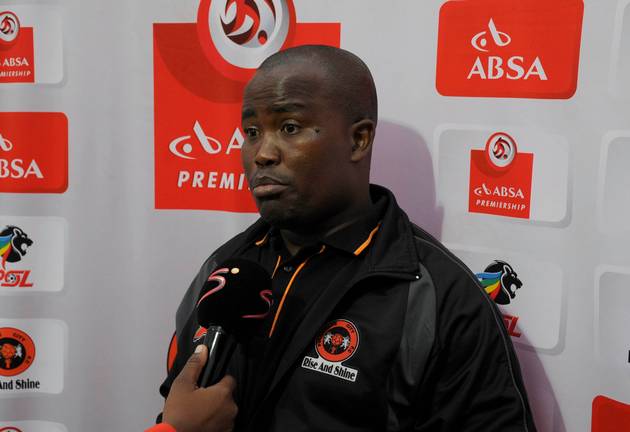 Polokwane City coach Bernard Molekwa says he is “spoilt for choice” with his selection ahead of the MTN8 quarterfinal away at Cape Town City on Saturday afternoon.

The Limpopo club will be appearing in the competition for the first time in their history after Molekwa steered the side to sixth in the league in the last campaign following the controversial exit in March of former coach Luc Eymael.

Molekwa‚ who previously acted as team manager‚ has been handed the reins on a permanent basis and is revelling in the fact that the side is now just four games away from an R8-million first prize in the MTN8.

“The mood in the team is good‚ the players are really looking forward to this opportunity because they worked hard to put themselves here [into the MTN8]‚” Molekwa tells TimesLIVE.

“The players know what the expectations are and what it means for the club to be in the MTN8. We now need to go to Cape Town and get the right result.

“Everybody is fit and ready‚ so I am spoiled for choice with my selection‚ it’s not going to be easy.

“Our preparations have gone well‚ we had a really good pre-season and now the time has come for us to gauge ourselves against a very good team in a competitive game.

“I don’t think we could have done much more‚ I’m really happy with the sharpness of the players . We are ready.”

Polokwane beat Cape Town City 4-2 in the final game of last season to deny them a place in the African Champions League‚ and though Molekwa’s side are largely unchanged‚ the Mother City club have new faces and a new coach in Benni McCarthy.

“I am sure there will be a big crowd there to come and see Benni and what he will do to the team. They will want to get a positive result for him.

“But it could also make them a bit nervous and maybe that is something we can exploit.”