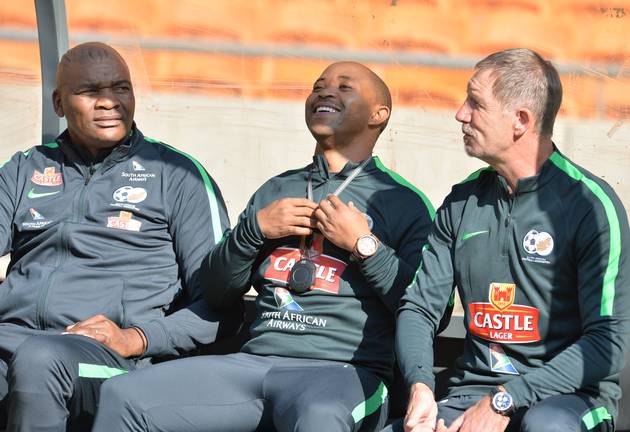 Stuart Baxter used his recent European trip to make contact with some of Bafana Bafana’s overseas brigade‚ and two South African-born players with view to potentially luring them to the national team of their birth.

The Bafana coach returned from the trip early this week.

He did not want to disclose the names of the two players‚ though they are likely to have been Juventus’s 23-year-old right-back Joel Untersee and Olympiacos’s 18-year-old centreback Panagiotis Retsos‚ a target of Arsenal.

Both were born in Johannesburg.

Baxter said there seemed a good possibility of convincing one of the players he met to play for Bafana‚ while the other was less hopeful.

It says something that Stuart Baxter opted to use part of his time this week strengthening his relationship with Premier League clubs rather than ...
Sport
4 years ago

“It was a mixture of different objectives with the trip. One was to meet up with a few of the players who I have not seen‚ like Kamohelo Mokotjo‚” the Bafana coach said on Wednesday.

“I spoke to his coach‚ I spoke to him. I spoke to a few people within the game who can help us to keep an eye on our players when they’re abroad.

“And there are a few players – I don’t really want to mention the names‚ they’ve been bandied around already … .

"Because as soon as I got there‚ there was a headline in one of the papers that his ‘other nation’ had made a concerted effort to whip him away from us. So I don’t want to warn them even more.

George Lebese's exit from Naturena has moved a step closer after Kaizer Chiefs confirmed on Tuesday afternoon that Mamelodi Sundowns have shown an ...
Sport
4 years ago

“But there are a few players playing at a very good level who I think could be an asset to South Africa‚ and I think it would be wrong of me not to at least put forward a scenario that interests them.

“In one case the scenario that we put forward was interesting. I think we’re just opening the doors.

“There was another one that we would be lucky if we can get the player to change allegiance because he’s developing into a top player and should be transferred to one of the Premier League’s top clubs. So he can pick and chose. He doesn’t need to be bullied into taking a South African passport.

“I had a good look at both of them. The one we made good progress but the other one the door’s open‚ but …

“I also used the trip to get around and check on some of the players playing in Europe‚ set up a few scouting links who will watch them for me‚ and met a few managers to get opinions on those players.

“So there was more than one objective.”

Baxter has been busy this week also meeting PSL clubs and coaches to strengthen relations‚ and taking charge of the Bafana squad who will meet Zambia in the first leg of Saturday’s African Nations Championship (Chan) third round qualifier in East London.