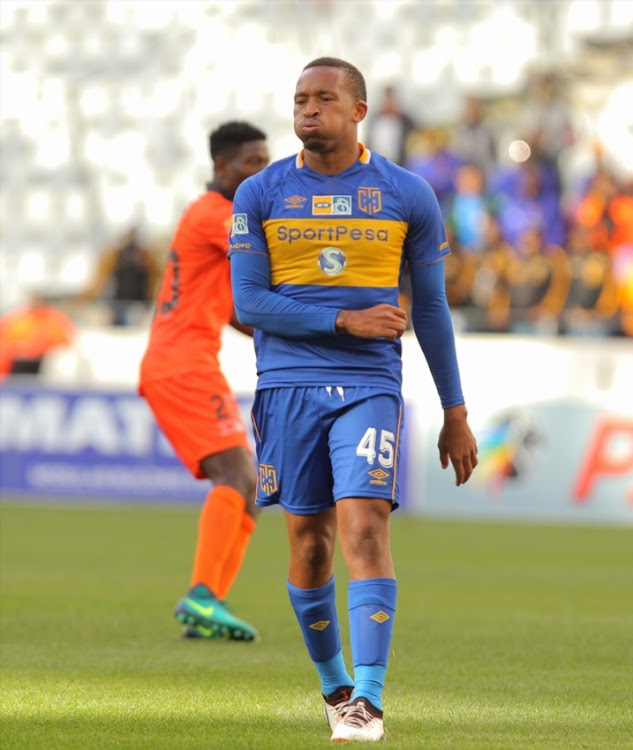 Striker Lehlohonolo Majoro must have thought he had left the boo boys behind when he departed the service of Kaizer Chiefs and Orlando Pirates but there was a section of the Cape Town City crowd on Saturday who began calling for his substitution – in the time honoured tradition of rolling their hands over each other.

The jeers were enough to spark bad memories for Majoro and see him leave the pitch fuming with anger as City took on Polokwane City in the MTN8 quarterfinals at the Cape Town Stadium.

It is not a phenomenon common to Cape Town crowds.

But the 30-year-old former Bafana Bafana marksman got a ringing endorsement from new Cape Town City coach Benni McCarthy despite the abuse and a failure to score in Saturday’s 1-0 victory that put the home club through to the semifinals.

“He must keep doing what he is doing. As a striker when you don’t create chances‚ that’s when you have to start worrying‚" McCarthy said.

"Major (as Majoro is known in the footballing world) made a lot of opportunities.

"Sometimes your luck is against you.

"He could easily have grabbed a hat-trick.”

Majoro‚ who toiled hard off the ball and made many runs in search of the ball‚ was not the only profligate player in the City line-up as the likes of Sibusiso Masina and Lebogang Manyama could have scored.

Majoro had been the subject of abuse from fickle fans during his time at Chiefs and Pirates.

He was at the two clubs between 2011 and mid-last year‚ when he moved to the Mother City.