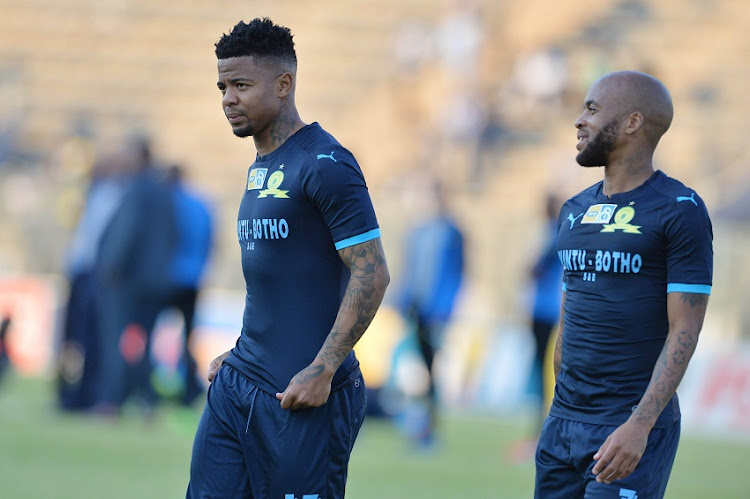 Mamelodi Sundowns coach Pitso Mosimane has broken his silence on the signing of Oupa Manyisa and George Lebese and revealed that he was involved in the negotiations that saw the capture of the two star players.

Sundowns ignited the domestic transfer window a few days ago when they confirmed the arrival of Lebese from Kaizer Chiefs and Manyisa from Orlando Pirates.

Eyebrows were raised when Mosimane did not immediately comment on the arrival of the two players‚ fueling suggestions that he may not have been consulted during negotiations.

But the outspoken coach said Sundowns management gave him the respect and confidence to decide on all the players who come to the club.

“Sundowns have been very good to me‚" he said.

"They showed confidence in me and gave me the respect and if there is something going on I know.

"When Manyisa comes (to the club)‚ I am the one who says Manyisa must come.

"There is nobody somewhere saying Manyisa must come.

"I make the team list and substitutes‚ and I am in charge.

"I am the head coach and that you must know.”

Sundowns were dumped out of the MTN8 by Maritzburg United at Lucas Moripe Stadium on Sunday and Mosimane handed his two marquee signings their debuts.

Maritzburg ambush Sundowns and dump their hosts out of the MTN8

Maritzburg United produced an impressive display to knock Mamelodi Sundowns out of the MTN8 with a narrow 1-0 win in Atteridgeville on Sunday ...
Sport
4 years ago

The two players were introduced in the second half and the Sundowns mentor said he was happy with their cameo appearances.

“From Oupa (Manyisa)‚ what I saw on the game is what I thought I would get from him.

"If you don’t know Sundowns‚ you would never say that they are new to the team because they have just fit in like a hand in glove.

"That is why we signed and opted for them.

"George (Lebese) plays on the left the way we play and he fits in very well to replace Keegan (Dolly).

"Oupa has come in as a replacement for Teko Modise because we need that kind of creativity and he played very
well against Maritzburg.

"There was a shot from outside the box which is his speciality.

"We always push opponents on the edge of the box and if the ball was not deflected a little bit we could be talking a different story.”

Mosimane also said that he is still in the market for a top quality striker to beef up his attacking department.

“We would love to get one more striker and prepare ourselves in case Khama (Billiat) leaves.

"You know the striker that I want‚ hopefully I can get him but it is very difficult.

"When you create opportunities like we had against Maritzburg there is only one man who can finish them‚ sniper one chance one goal‚” he said. - TimesLIVE