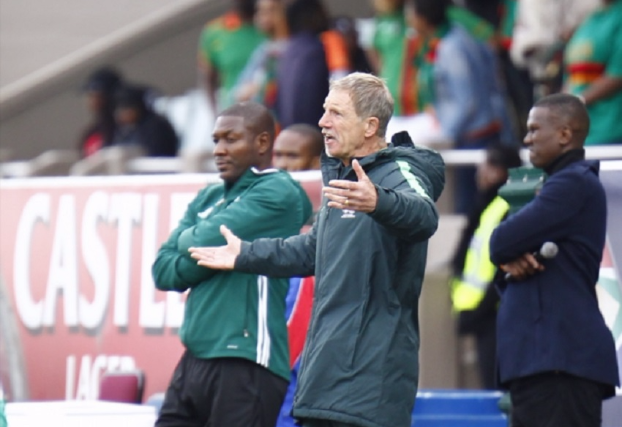 Stuart Baxter's scramble for players to represent South Africa in the African Nations Championship qualifiers is well-documented and Wits coach Gavin Hunt says he feels sorry for his Bafana counterpart.

Bafana Bafana drew 2-2 with Zambia in a Chan qualifier in East London at the weekend and Baxter's charges will have a mountain to climb when they play the return leg away from home on Saturday.

But the Zambians are the least of Baxter's worries as he expects to lose as many as eight players in the coming days and could be forced to field a makeshift side in Ndola.

The Chan tournament is not played on dates designated by Fifa for international matches and Baxter is pretty much at the mercy of the clubs.

"I feel sorry for Stuart, I mean he is struggling," Hunt said. "It's just a situation that is crazy, isn't it? You have your national team and you cannot get players. I mean that's crazy. That's just crazy."

With under three weeks to go until South Africa’s crucial double-header with Cape Verde Islands in the 2018 World Cup qualifiers‚ it was a decidedly ...
Sport
4 years ago

Baxter had to beg for players when Bafana played a two-leg Chan qualifier against Botswana last month even though the games were played during the PSL off-season.

And given that the domestic premiership season is now just days away from kickoff, the Briton was always going to be on a hiding to nothing as the two games against Zambia are sandwiched between MTN8 and league games.

Hunt said if he were national team coach, he would resort to selecting a team of under-20 players to play in the troublesome Chan qualifiers and give those youngsters international football experience.

He said this course of action would be better than trying to win the Chan matches with a squad that was unlikely to be selected again in the future.

"I think you need to take the under-20s, maybe, in my honest opinion. You can lose but lose with an eye on the future.

Stuart Baxter is bracing for more disruptions to his side and expects to lose as many as eight players when Bafana Bafana travel to Zambia for the ...
Sport
4 years ago

Baxter and his SA Football Association employers were aware that their problems were just the beginning and that should Bafana manage to get past the Zambians and qualify for the tournament itself, they would have an even bigger headache trying to put together a team to represent the country.

The tournament will be played in Kenya between January 11 and February 2, right in the middle of the PSL season.

"It's a very difficult tournament, isn't it? The intentions are right; I think they are good.

"But with football going the way it is now, with all the money, you are not going to release [players] for that unless it's a forced situation."