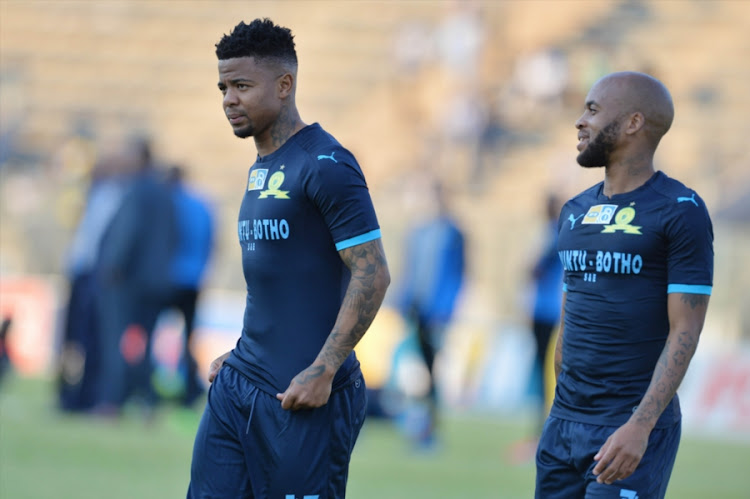 The Sundowns mentor described the duo as among the “last pieces of a jigsaw” puzzle he is building to try and win back the domestic league title as well as keep the continental crown.

“They came to Sundowns to win the Champions League. It’s not to say they were unhappy at Orlando Pirates or unhappy at Kaizer Chiefs.

"They came to Sundowns for the Champions League and to win their places back in the Bafana Bafana line-up.

Striker Lehlohonolo Majoro must have thought he had left the boo boys behind when he departed the service of Kaizer Chiefs and Orlando Pirates but ...
Sport
4 years ago

“Lebese will be saying to himself if Themba Zwane can be a starter in Bafana‚ then he can also work hard to be a starter for Bafana.

"Oupa must be saying that if Tiyani Mabunda can play alongside Hlompho Kekana in Bafana‚ ‘I can come in there’.

“They came for that‚ so it is my job to try and give them that opportunity. They both have the quality to play for the national team.

“They only played a few minutes on Sunday and they still need some work. George came to fill the position of Keegan (Dolly) and he’s got to live up to that.

"He’s got a good chance. There have been doubters asking whether he is capable or not. I had a meeting with him and I told him: ‘It’s in your hands but you need to deliver’.”

Mamelodi Sundowns coach Pitso Mosimane has broken his silence on the signing of Oupa Manyisa and George Lebese and revealed that he was involved in ...
Sport
4 years ago

Both new signings featured briefly against Maritzburg United in the surprise 1-0 home loss in Sunday’s MTN8 quarter-final at Atteridgeville.

“It is important not to jump the gun too early but I think they showed in a brief time on Sunday that they have fitted in well.

"I’m very careful to bring players who fit into the culture of the team‚” Mosimane added.

Both Lebese and Manyisa were registered last Friday to play for Sundowns in the remainder of this year’s Champions League campaign.

The Brazilians are next up against Wydad Casablanca of Morocco in the quarter-final next month.