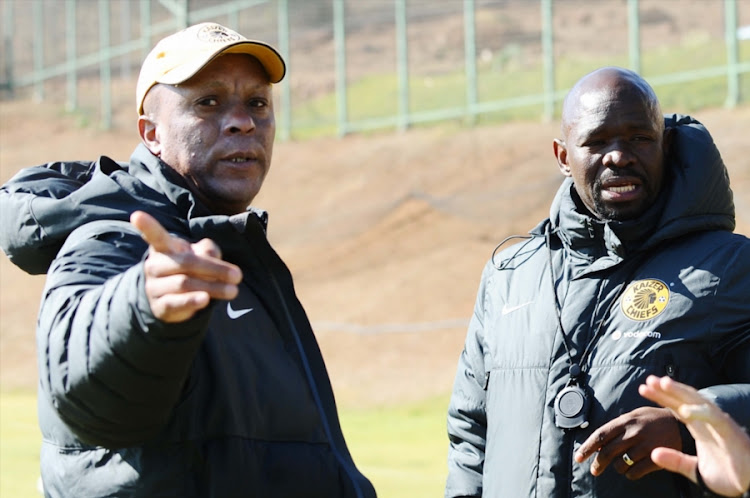 Khumalo was unveiled as Baroka FC technical director on Thursday to end a 31-year-old relationship with Chiefs as a player and coach. He joined the Soweto giants at age 16 and made his debut in the Soweto derby against Orlando Pirates at Ellis Park in 1987.

“Doctor came to us six months ago to discuss his future plans and desire to pursue other interests. Among the points contained in his proposal was the desire to grow his brand and take on other challenges after celebrating his 50th birthday in June‚” Motaung said.

Khumalo‚ who made over 400 appearances and scored 75 goals‚ served as Chiefs coach Steve Komphela’s assistant in the coach’s first season in the 2015/16 season.

Doctor Khumalo confirms his exit from Kaizer Chiefs after 31 years

South African football superstar Doctor Khumalo announced on Thursday he was leaving Kaizer Chiefs after 31 years as a player and coach with the ...
Sport
3 years ago

The former Bafana Bafana midfielder was surprisingly moved aside and deployed to coach in the club’s development ranks at the end of Komphela’s first season‚ replaced with Ghanaian legend John Painstil at the beginning of last season.

Painstil also served for one season and was released and replaced with former Chiefs defender Patrick Mabedi for the upcoming season.

Khumalo apparently desired more than to coach in the development ranks and has sought to spread his wings elsewhere.

“We sat down and discussed his proposals with the football department to map the way forward for both parties until we agreed that he should pursue his dreams as we did not want to stand in his way‚” Motaung said.

Thokozani Sekhotlong was drifting around clubless looking for a new team in the off-season when the call came form Mamelodi Sundowns‚ and then he did ...
Sport
3 years ago

“Doctor remains a legend of the club and we will always work with him whenever the opportunity presents itself.

“We wish him all the best in his future endeavours. He will also be welcomed back whenever we do our legends programmes.”

After hanging up his boots in 2002 following a glittering playing career‚ Khumalo served as assistant under various coaches including Muhsin Ertugral.

Khumalo was also in charge of Amakhosi as caretaker-coach for two brief periods‚ in 2002-03 and in 2012‚ with a few stints in the development ranks too.