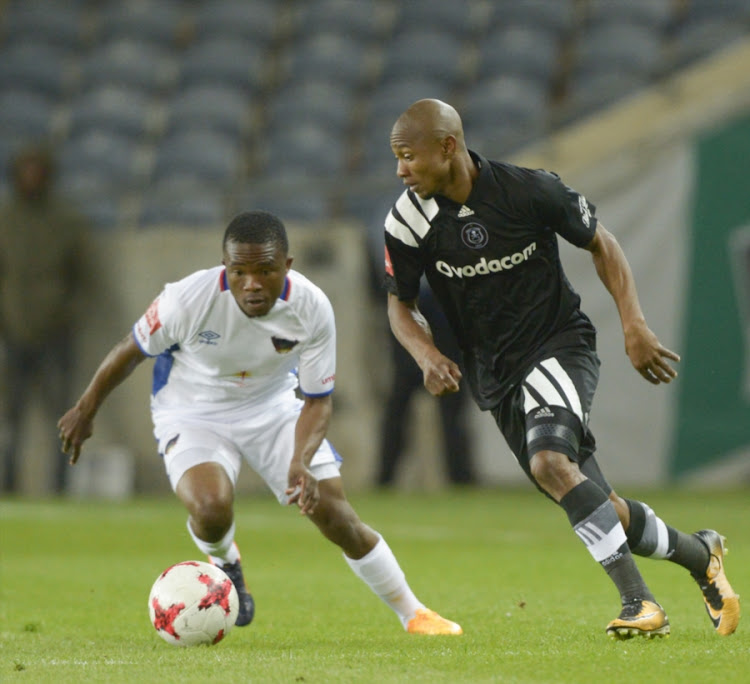 There's hope for Orlando Pirates after their impressive display against Chippa United at Orlando Stadium on Saturday evening.

It's understandable that the Bucs faithful didn't turn up in big numbers thanks to the team's disastrous last campaign that saw them finish outside the top eight for the first time in the PSL era. And it didn't help that it was a very cold day.

Pirates' performance, however, could have warmed many hearts especially in the first half as they dictated terms and appeared to be a different side.

Led by new skipper Thabo Matlaba, the Buccaneers showed their intentions from the first whistle.

Speaking of Nyatama, his good through ball to Mpho Makola could have led to a goal early on but Brighton Mhlongo, who's a former Buccaneer, made a great stop to deny his former teammate.

In defence, for instance, it was new with the exception of Matlaba who continues at right back.

Sredojevic opted for Ntsikelelo Nyauza, a natural right back and Gladwin Shitolo, who's more comfortable in central midfield, as his centre-back pairing.

Bucs looked solid in defence and Chippa rarely created a chance against them except after half an hour gone when Sangweni made a defensive blunder.

Chippa striker Moeketsi Sekola intercepted Sangweni's back pass, but Sandilands was alert and quickly came off his line to make a save.

Upfront, it took a while for the likes of Thamsanqa Gabuza to get going but his header from a Maela cross had the beating of Mhlongo with halftime approaching. Great header, great cross and Bucs were in the lead.

Soon after the home side launched a counter attack that was started by Thabo Qalinge and resulted with Nyatama having a shot at goal, but the latter's attempt didn't hit the target.

Sredojevic was definitely the happier man when the teams went into the break, but his counterpart Dan Malesela must have had a lot to say to his charges and to his credit the visitors came out the better side in the second half.

Straight after the break the Chilli Boys fought very hard in trying to find an equaliser against a Pirates side now sitting back.

Chippa seized the opportunity and started their own dominance. Sredojevic responded by introducing Luvuyo Memela in Nyatama's place, but Chippa managed to maintain their momentum in the attacking third.

Sandilands was called into action with ten minutes remaining when he saved Moeketsi Sekola's glancing header.

Pirates were defending too deep, but one thing is clear their defensive frailties may be a thing of the past.

They had the fourth worst defence last season having conceded 40 goals in 30 league matches and were only better than relegated Highlands Park, who conceded 44. Golden Arrows also conceded 44, while Baroka let in 43.

Chippa continued to pile on the pressure and Pirates relied on counter attacks, but in the end there were no goals from either side in the second stanza.

Since Sredojevic's appointment earlier this month Pirates fans have been hopeful, but they didn't react too well earlier yesterday to the announcement that Matlaba will lead the team in the new season.

However, it would appear they may just be in good hands and ready for the gruelling season ahead.

Have the Buccaneers turned the corner? It would appear so based on their preparations for the season and their winning start, but it's obviously too early to tell.