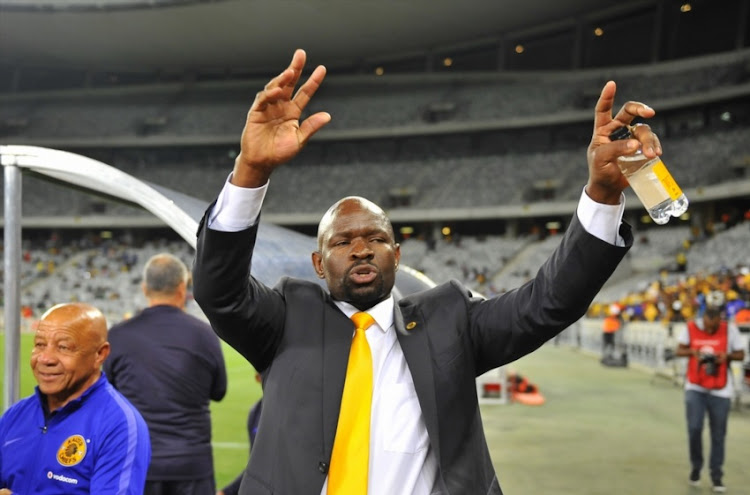 Kaizer Chiefs host Supersport United on Wednesday night in their next league match and Steve Komphela will be under pressure to secure a maiden win of the season.
Image: Gallo Images

Steve Komphela has likened himself to former president Nelson Mandela as pressure continues to mount on the beleaguered Kaizer Chiefs coach.

Chiefs drew 1-1 with Bloemfontein Celtic in their opening match of the premiership season on Sunday afternoon‚ sparking calls for Komphela’s head from furious fans.

Komphela said on Monday he’s aware of the increasing anger from fans and he intends to soldier on‚ just as Mandela did in prison for 27 years.

Kaizer Chiefs’ poor start to a premiership season under coach Steve Komphela continued when they could only manage a 1-1 draw with Bloemfontein ...
Sport
3 years ago

‘‘In this job you have to deal with it tata‚ whether you like it or not‚” Komphela said on Monday.

‘‘In leadership‚ it is not always about getting sweet‚ sweet‚ sweet stuff. Look at any leader‚ even the late Nelson Mandela.

‘‘So if you are a leader and you have faith‚ for me listen‚ I take notice from such. And worse case scenario‚ if where you are you don’t get exactly what you think you deserve‚ it is preparation for the next platform

‘‘Acceptance of the challenge and live with it and say ’yes let me face the stick.’ You only get better through fire. And you could be preparing for the next platform which you don’t know. The Almighty has got our plans.

‘‘I am talking of the struggle and the challenge. Mandela’s next challenge was the presidency. How many of you thought that a (former) prisoner would be president? None.”

Chiefs host Supersport United on Wednesday night in their next league match Komphela will be under pressure to secure a maiden win of the season after the club also bombed out of the MTN8 last week. — TimesLIVE