Enterprising Baroka fight back to earn a draw against Pirates 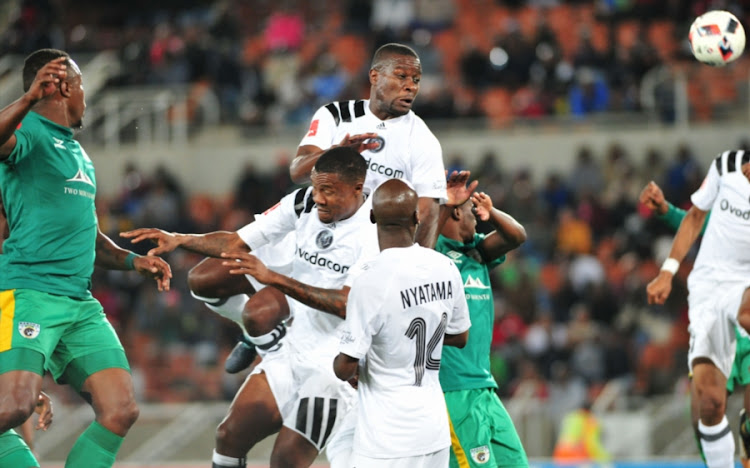 Baroka FC can play. Orlando Pirates’ new coach Milutin Sredojevic found that out to his peril as his side took a lead, but appeared to take their foot off the gas and surrendered it, in Tuesday night’s 1-1 Absa Premiership draw.

Baroka, having fought relegation last season, brought in Doctor Khumalo this past week to beef up their football staff as technical director.

And they have strengthened their playing staff too, not least with one of the country’s most promising playmakers in Siphelele Ntshangase, also signed this week as the Limpopo side served notice of their intention to improve in their second PSL season.

Ntshangase made an appearance as a second-half substitute. Along with big, new Tanzanian defender Banda, and the bulk, too, up-front of Gift Motupa, returning from Pirates, Baroka have a more solid all-round look to them.

Barcelona are suing Neymar for €8.5 million for alleged breach of contract and demanding he return the loyalty bonus paid after he renewed his deal ...
Sport
3 years ago

Pirates looked to be comfortably enough in control in the first half. But if there was a lesson learnt by Sredojovic it was not to try to protect a single-goal lead in the PSL.

In a league as unpredictable and evenly contested as this, against teams with quick runners and fluid playing styles like Baroka, it’s just not a good idea.

The early signs are that this is about as organised a Pirates as has been seen in the past 14 months.

In the first half they never hit a stride against a less structured Baroka, whom it was perhaps difficult to play to any sort of solid pattern against.

But by keeping their shape and discipline, and plugging away, Bucs managed an opening goal, in the first instance of either side genuinely opening the other up.

After a delicate buildup, Mpho Makola’s chip in from the right was sublime to pick put Qalinge free, who rose and headed past Virgil Vries.

Almost immediately Baroka had their best chance as Motupa got on the end of a chip over the top, his header forcing a reflex save from Wayne Sandilands.

Teko Modise could be set for his Cape Town City debut against Platinum Stars on Wednesday night after returning to training this week following a ...
Sport
3 years ago

Baroka suffered the setback of two-injury enforced changes before the break, Albert Mothupa replacing Matome Kgoetyane in the 15th minute, and Mduduzi Mdantsane on for Goodman Mosele four minutes into injury time.

Early in the second half coach Kgoloko Thobejane made his third substitution, the highly rated Ntshangase finally making his PSL debut at 24 having been signed this week from First Division Black Leopards.

Pirates had looked fairly polished in the first half. But they inadvisably seemed intent on defending a 1-0 lead in the second.

Baroka edged their way back into the game, and from a corner, big new defender Banda got up for a powerful header past Sandilands.

The Limpopo side ended having Pirates firmly on the back foot.