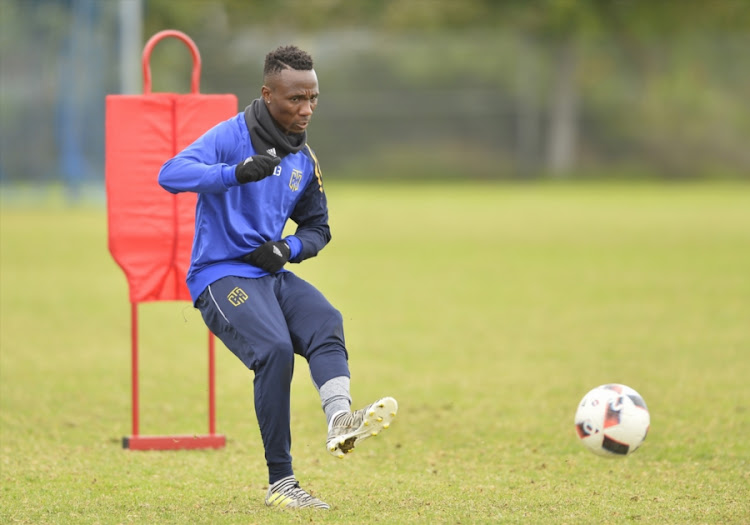 Teko Modise could be set for his Cape Town City debut against Platinum Stars on Wednesday night after returning to training this week following a hamstring complaint that had kept him out of the first two matches of the campaign.

Modise missed the 1-0 victories over Polokwane City in the MTN8 quarterfinals and BidVest Wits in the league last Friday‚ and will be itching for some game-time against Dikwena.

The Absa Premiership match at the Cape Town Stadium will be regarded as a home banker for City‚ and Modise’s experience and guile is likely to be part of a more attacking midfield than the one that did duty at Wits.

Bafana Bafana mentor Stuart Baxter has given the strongest hint yet that his search for a second assistant coach is over and the job is almost ...
Sport
3 years ago

Stars lost their opener at home to Maritzburg United at home on Sunday and look set for a season of struggle under new coach Peter Butler‚ having lost a number of their experienced players and failed to make waves in the transfer window to replace them.

Not that City coach Benni McCarthy will be overly confident‚ he has been a bag of nervous energy on the touchline in the first two games of his head coach career.

"I don’t care how we win as long as we win‚” McCarthy told reporters in the wake of the fortuitous victory over Wits‚ in which City goalkeeper Shu-Aib Walters saved a penalty and The Clever Boys missed numerous other opportunities.

He will also have one eye on the home MTN8 semifinal against Wits on Sunday‚ with the club just three games away from another piece of silverware and a handsome R8-million cheque.

The South African Football Association's (Safa) National Executive Committee (NEC) has endorsed a motion for the formation of a National Women’s ...
Sport
3 years ago

McCarthy has spoken before of the importance of Modise and the level of experience he brings to the team‚ and said his presence for the next few games‚ which includes fixtures against both Soweto giants Kaizer Chiefs and Orlando Pirates‚ will be crucial.

“He will most definitely be back for Platinum Stars‚ Chiefs‚ Pirates. Those are the games we look to have Teko back because obviously for us to do well in those games‚ we need our ‘General’."

City striker Judas Moseamedi has also returned to light training this week‚ but looks a while away from match fitness having missed most of pre-season with a knee injury.

Kaizer Chiefs just need a 10 percent improvement in all departments and they can click into a formidable gear‚ says striker Bernard Parker.
Sport
3 years ago

Stars did claim a 4-0 victory over City the last time they played in Cape Town‚ but that match came just day after the Mother City side had lifted the Telkom Knockout trophy and the players were clearly off their game that day.

City had asked the PSL to move the game‚ but they were forced to play and it was comfortably their worst display of last season.

A repeat on Wednesday is highly unlikely though‚ with City having lost none of their organisation and slick attacking play from last season.