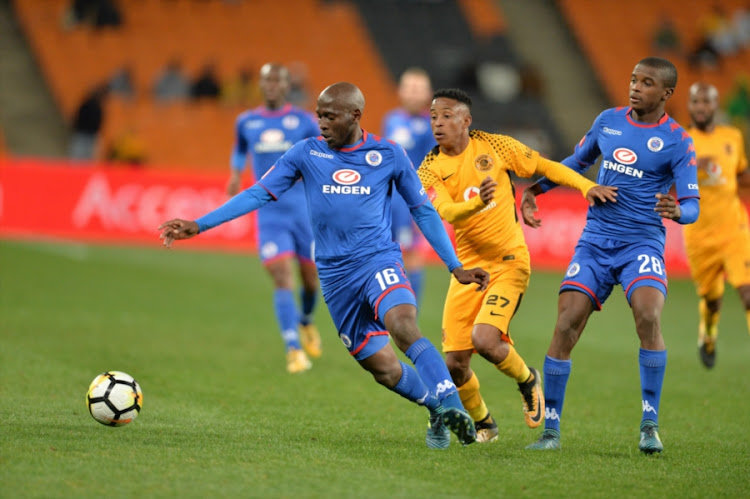 Bafana Bafana and SuperSport United winger Aubrey Modiba says he has learnt some valuable lessons from the many stories of retired soccer stars who left the game with nothing.

The 22 year-old Limpopo-born star is already preparing for life after football and he says he does not want to follow the route of the many former players who earned millions in their prime but are now surviving from hand to mouth.

Modiba believes that a sound financial plan and investing in education are the best ways to keep players comfortable well after retirement from football.

"It is true that there's too much money in football and it is possible to buy things like a car or a house cash‚" said the School of Excellence graduate Modiba.

"At the moment I've registered for a Sports Journalism course which is something that I've planned ever since I’ve finished my matric at School of Excellence," he said.

He says he is grateful to have met former players like Helman Mkhelele‚ Andre Arense and Jabu Pule through the Nedbank Ring of Steel campaign.

He credits their mentorship for helping him to remain grounded on and off the pitch.

The campaign sees experts working with selected players to demonstrate what it takes to build a lucrative and sustainable career on and off the soccer field‚ long after the final whistle of one’s football career.

"Postman"‚ as he is affectionately known in football circles‚ says he now looks at life in a different way.

Which soccer club commands the biggest slice of the sponsorship cake?

Chiefs and Pirates are thought to have the most funds, but it's a complicated business.
Sport
4 years ago

United's industrious left-back says it is helpful to learn from the mistakes of former athletes.

"The retired players used to visit us at the School of Excellence and educate us about how to look after yourself at work and in public‚" he said.

"My agent Glyn Binkin and Mohammed Nassuirio also advised me to buy myself a simple car that can take me 'from point A to point B'.

"And I've managed to get myself a brand new car for cash‚ still have some money in my account. I am now embarking on a plan to buy a house for my myself in cash.

"I have just built my mother a big‚ beautiful house back at home and she is very happy with it."

Cape Town City maintained their 100 percent start to the new season with a comprehensive 3-1 Absa Premiership victory over Platinum Stars at a wet ...
Sport
4 years ago

He warns that emerging players should invest their time in education as a job in coaching or working as a television analyst or technical director after a football career is not always guaranteed.

Whilst not many players are afforded the same opportunity as Aubrey‚ being able to retire financially fit and debt free is attainable through a disciplined approach to managing your finances.