Benni in the hunt for Gavin's scalp 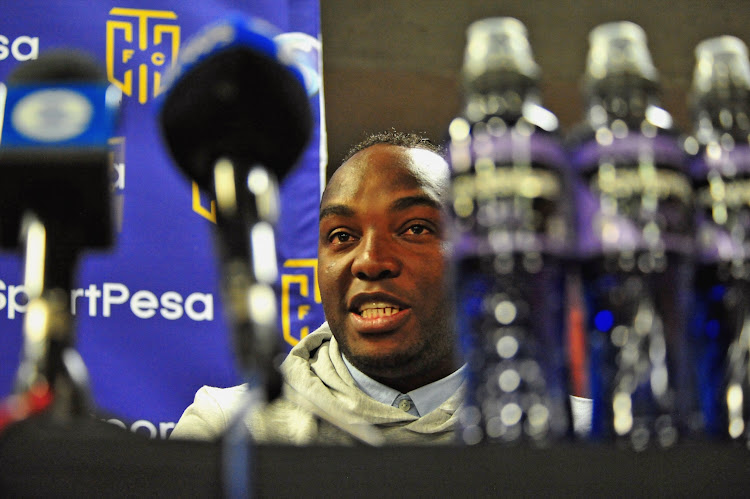 It will be master versus pupil on Sunday as Benni McCarthy puts his perfect record as a rookie coach up against the man who set him on the way to a glorious international career.

Three successive victories for Cape Town City at the start of the new campaign have provided McCarthy, 39, with a brilliant momentum to his tenure, including winning the quarterfinal of the MTN8 to book a spot in Sunday's semifinals.

But he faces a severe test against Gavin Hunt, the wily coach who has won four league titles and whose Bidvest Wits side are again heavily fancied to make a strong impact this season.

Hunt launched McCarthy's career when the striker was just 17 years old. At the time Hunt, now 52, was in the formative stages of his career in his first coaching job at Seven Stars.

Sunday's meeting at Cape Town Stadium is a first-leg clash with Wits.

City faced Wits in the opening match of the league season. Hunt was forced to watch it from the stands because he had been sent off in their previous game. City won 1-0.

This is the key clash to bet on in Soccer 6 and Sunday 10.With a second leg to come in Johannesburg, it is likely to end in a deadlock. The match is M3 in the Soccer 6 pool of the weekend.

M1 Chelsea v Everton It was a rout when the clubs met last season with Chelsea beating Everton 5-0 at home and 3-0 away on their way to the Premier League title. But Everton did have a morale-boosting draw away at Manchester City on Monday.

M2 West Bromwich Albion v Stoke City Two single-goal wins for West Brom in their opening two games of the Premier League season put them among the three clubs with a 100% record. Stoke beat Arsenal on Saturday to signal their potential.

M4 Liverpool v Arsenal The Gunners have only registered one victory in their last six meetings with Liverpool. In the last three meetings between the clubs Liverpool have scored 10 times.

M5 Tottenham Hotspur v Burnley:Spurs will be wary of Burnley after they upset champions Chelsea at Stamford Bridge, but Spurs are unbeaten in their last six matches against the Clarets.

M6 Monaco v Olympique Marseille: Champions Monaco are top of the table in France after three successive victories. Marseille are unbeaten on seven points and also sit among the Ligue 1 frontrunners.