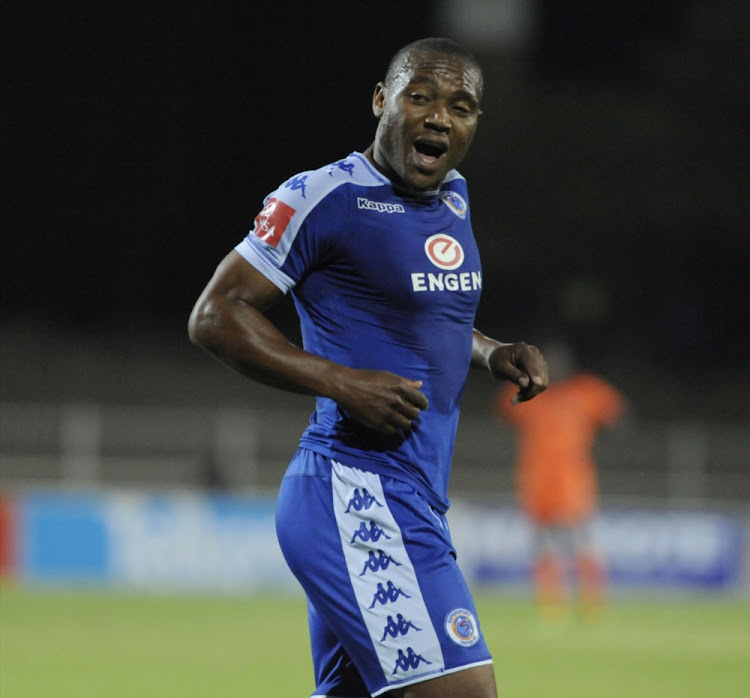 Maritzburg United’s dream start to the 2017-18 season continued as they hold the advantage in their MTN8 semifinal tie against SuperSport United from Saturday night’s 1-1 first leg draw at Lucas Moripe Stadium.

Thuso Phala put SuperSport ahead in the 54th minute. But Maritzburg harassed the home team until the end, Lebohang Maboe pulling back a perhaps crucial 85th-minute equaliser.

Saturday night might have been more a circumspect, if fast-paced, counterattacking battle than any fluid spectacle. Such a scoreline, though, has set up a potential thriller in the second leg at Maritzburg’s ‘slaughterhouse’ at Harry Gwala Stadium on September 9.

Fadlu Davids’s in-form KwaZulu-Natal team drew their first game of the season after three impressive wins. Their high tempo hassling of SuperSport – whose superior culture, player power and pedigree could not shine through – was notable.

With Mariztburg keyed up at the prospect of a first-ever cup final, after their highest league placing of seventh last season, SuperSport coach Eric Tinkler might need some gameplan to come through what will surely be a fiery second leg.

Tinkler’s belief from his experience in continental club football is that not conceding in a home first leg is as important as trying to score.

Against a team with a fitness-orientated, high tempo gameplan revolving around solid defence and one of the most effective counterattacks in the league, Matsatsantsa resisted committing to the high-pressing game that was so effective in their win on Wednesday against Kaizer Chiefs.

It was a night of counterattacks. A textbook SuperSport break in the first half opened the visitors, Thuso Phala’s chip from the right finding Bradley Grobler free, who headed too close to goalkeeper Bongani Mpandle.

Matsatsantsa’s circumspect approach appeared to pay off as a break minutes after the restart dragged their opponents’ defence out of shape. Reneilwe Letsholonyane played Thuso Phala into a netball field of space on the right, whose finish was calm and strong past Mpandle.

From a sweeping Maritzburg counter substitute Sheldon van Wyk teed up Ndlovu on the left to force a save from Williams.

Deolin Mekoa’s free-kick was tipped over by the SuperSport keeper moments later.

Those two chances were enough to prompt Tinkler to try to close up by introducing midfielder Cole Alexander for winger Aubrey Modiba.

The move backfired though. From a throw-in the ball was worked to Lebohang Maboe, whose finish snaked past Williams.