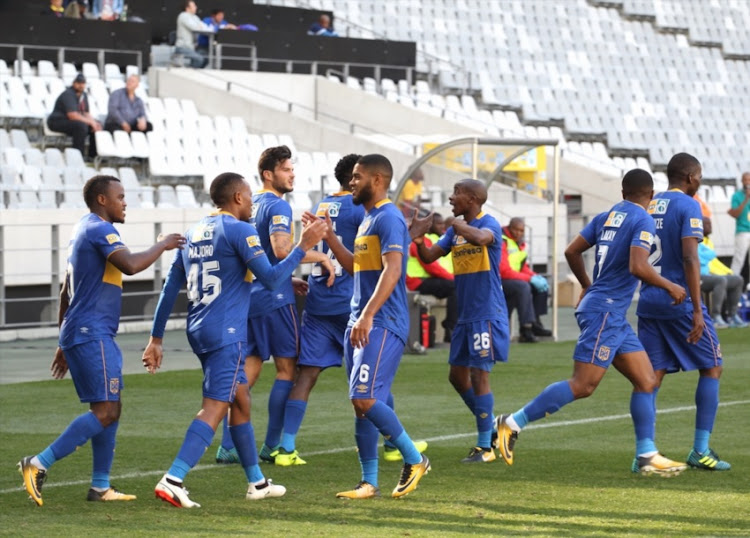 Ayanda Patosi struck the only goal for Cape Town City as their 100 percent start to the new Premier Soccer League season continued with a 1-0 victory over defending champions BidVest Wits in their MTN8 semifinal, first leg, at the Cape Town Stadium on Sunday.

By contrast, Wits are still winless after four games and will have plenty of work to do in the second leg at home on September 10 as their mediocre start to the new campaign continues.

But for Benni McCarthy, his dream start to his coaching career continues and he is now 90 minutes away from a first final and potentially a first piece of silverware.

McCarthy left out Premier Soccer League Player of the Season Lebogang Manyama from their match-day squad amid talks over his future with a move to Turkey potentially on the cards in this window. Robyn Johannes was handed the captain’s armband instead.

They did have Lehlohonolo Majoro back in the starting line-up, with Teko Modise starting from the bench again following his goal-scoring debut in the 3-1 midweek win over Platinum Stars.

Wits handed a debut to Egypt international striker Amr Gamal and also drafted Montenegrin defender Slavko Damjanovic back into the team after his return from suspension following a red card against Lamontville Golden Arrows in the MTN8 quarterfinals.

Maritzburg United will hit 'reset' in the coming Fifa international

Maritzburg United will hit 'reset' in the coming Fifa international break‚ and come back concentrating solely on beating SuperSport United in the ...
Sport
4 years ago

The first half saw few clear-cut opportunities but it was the home side who went into the break ahead.

Patosi, who has been a revelation in the opening weeks of the season, collected Sibusiso Masina’s flick and controlled the ball well before shooting past Moeneeb Josephs.

The best chance of the first half for Wits fell to midfielder Thabang Monare, who headed Daine Klate’s cross goalwards at the back post, only for Shu-Aib Walters to make a fine stop for the home side.

There was some comedy on the hour-mark when City left-back Ebrahim Seedat was pulled back for a foul. Referee Victor Hlungwani pulled out a red card that left the home crowd baying, before realising his error and reaching into a different pocket for a yellow.

Klate had a rare headed chance from an excellent cross by Reeve Frosler, but put his effort straight at Walters.

Modise was introduced with 20 minutes to play to a rapturous welcome from the home fans.

But it was Wits who threatened next as Gamal created space for a shot, but his low effort was easily dealt with by Walters.

Majoro should have done better with a near-post header from a Modise corner, while the final chance fell to substitute Kobamelo Kodisang, whose excellent volley was saved again by Walters as Wits piled on the pressure in the closing moments. - TimesLIVE