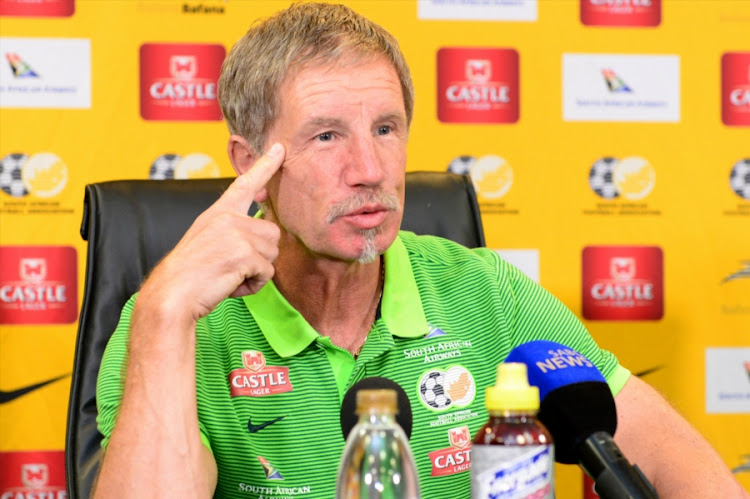 A positive result for Bafana Bafana in Friday night’s World Cup qualifier in Praia against the Cape Verde Islands will be key to hopes of a place in next year’s finals in Russia.

But also key is what happens between the two other protagonists in Group D – Burkina Faso and Senegal.

Like South Africa and their small island opponents‚ the Burkinabe and Senegalese meet each other in quick succession over the next week with a clash in Dakar on Saturday night and then again in Ouagadougou on Tuesday.

South Africa will be hoping that the two west African countries cancel each other out in their two clashes‚ thereby ensuring both lose potentially vital ground in the race to finish top of the group and take a place in the field for Russia.

The best case scenario for Bafana is to win their two matches against Cape Verde to go to 10 points after four games and hope there are home wins in the other two group games‚ which would leave Burkina Faso on seven points and the dangerous Senegal floundering on six with the last rounds of qualifiers to come in October and November.

Senegal’s star striker Sadio Mane‚ who scored a glittering goal for Liverpool against Arsenal in the English premier league on Sunday‚ warned that he and his teammates were determined not to let down the Dakar crowd at the weekend.

“We are aware of the expectations of the Senegalese public. I can tell them that we will not disappoint them‚” he said in French television interview after Sunday’s game at Anfield when asked about the upcoming World Cup assignment.

Senegal goalkeeper Abdoulaye Diallo has been forced out of the two matches after injuring his adductors playing for Stade Rennes of France.

But Burkina Faso have been dealt a blow by the absence of hard-tackling midfield general Abdou Razack Traore‚ who is injured‚ and speedy winger Jonathan Pitroipa‚ dropped through inactivity.

Pitriopi is looking for a club and so Burkina Faso coach Paulo Duarte has determined him not match fit enough even though he is an acknowledged match winner with his pace and skills‚ as he proved in 2013 when he was named Player of the Tournament when the Burkinabe finished runners-up at the African Nations Cup finals in South Africa.