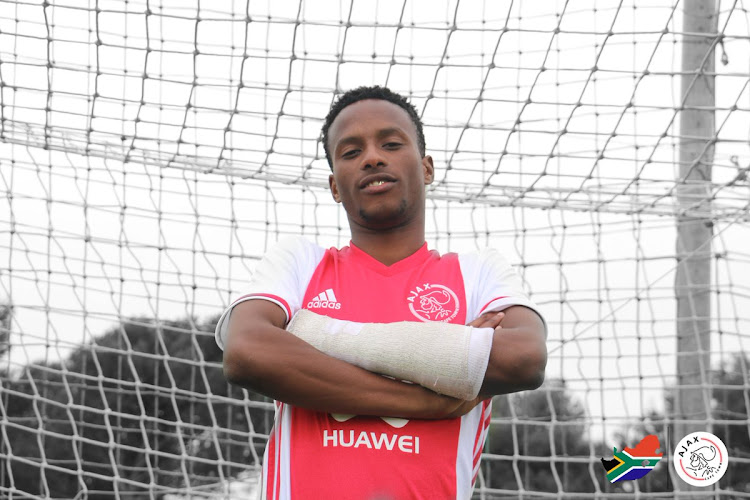 Two teenagers from Ajax Cape Town have been signed by parent club Ajax Amsterdam with the promise of more to come in the coming few years.

South African Under-20 stars Dean Solomons and Leo Thethani‚ both 18‚ will move to the Netherlands next month to further their careers with the Amsterdam giants having been hand-picked by former Dutch internationals Marc Overmars and Edwin Van der Sar.

They have signed three-year contracts‚ with the Dutch side having a further season’s option on both that could see them contracted until June 30‚ 2021.

Winger Thethani and centreback Solomons both played for the Ajax Cape Town Under-19 side on their tour of Europe in June‚ when they defeated both Manchester United and Real Madrid’s junior teams‚ and turned plenty of heads.

“Ajax Cape Town wish both players the best of luck on their new venture and hope to see them in the Ajax Amsterdam Eredivisie team in the not so distant future‚” the Mother City club said in a statement on Thursday.

The Urban Warriors have revealed that there has been renewed interest in their academy from the Amsterdam club.

“Exciting plans between the two clubs are in advanced stages to further enhance the African Academy and will be revealed shortly‚” the statement continued.

“They [Ajax Amsterdam] have also earmarked further players currently in the Academy for a move to Amsterdam in the near future.”

Thethani and Solomons are the first players to move between clubs since Thulani Serero in 2011.

For all of their investment‚ there has been slim pickings for the Amsterdam side down the years. Serero had some good seasons and they did well with Steven Pienaar‚ but the likes of Daylon Claasen and Stanton Lewis proved major disappointments. - TimesLIVE