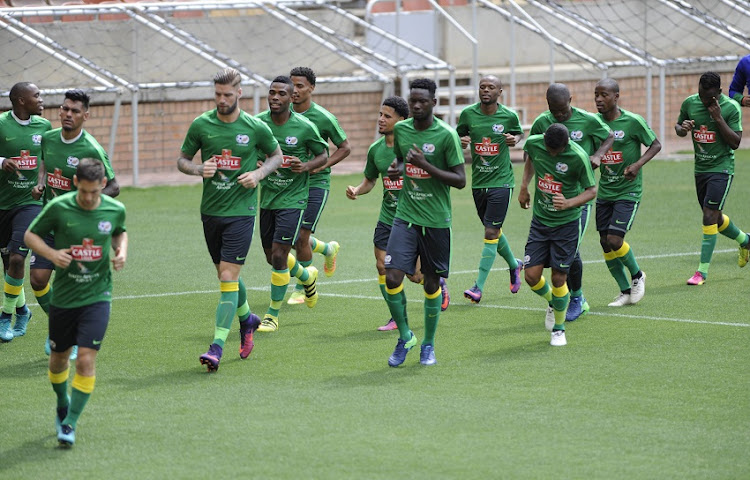 Bafana Bafana will hope that Burkina Faso and Senegal play to a second draw within the space of four days in Ouagadougou on Tuesday night.

Even then‚ the permutations‚ even with a South African win over Cape Verde at Moses Mabhida Stadium‚ rely on a number of factors going their way should Bafana want to reach the 2018 Russia World Cup.

South Africa need to recover against Cape Verde from their poor‚ 10-man loss against the islanders in Praia on Friday night.

Before that defeat Bafana were hoping that a win in Praia‚ then again in Durban‚ would see them needing another victory at home against Burkina Faso on October 7 that would have left their tough final away match against Senegal on November 11 irrelevant.

That match being irrelevant is now unlikely after South Africa lost 2-1 in Praia.

Orlando Pirates player Happy Jele has been arrested for speeding near Sandton at an average speed of 223km/hour in a 120km/h zone early on Monday ...
Sport
4 years ago

But there are three matches left for all the teams to play‚ and Bafana (four points) are still in with about as much chance as the two other contenders in Group D.

Should they draw again in Ouagadougou‚ and Bafana win‚ South Africa will take the group lead on seven points‚ with Senegal on five and Burkina Faso on six.

Then‚ if Bafana beat Burkina Faso in their next game they would got to 10 points‚ the Burkinabe would remain on six and Senegal could go to a maximum of eight with a win against Cape Verde in Praia.

That scenario would leave Bafana needing a draw against the Senegalese in Dakar in November to go through. A win to Senegal would see them leapfrog Bafana to Russia.

Should Burkina Faso or Senegal win in Ouagadougou on Tuesday night‚ the possible outcomes become muddied even further.

A win for Burkina Faso will place them in the group lead on eight points‚ Bafana would be second on seven‚ and Senegal almost out of the equation on four.

A win‚ after that‚ at home for Bafana against Burkina Faso would give SA the group lead on 10 points‚ the Burkinabe remaining on eight.

Senegal draw came as some comfort to Bafana

South Africa’s World Cup hopes were handed a massive blow with defeat in Praia on Friday night but a goalless draw in Saturday’s other Group D match ...
Sport
4 years ago

Bafana would then need a win in Senegal to be sure of progressing.

A point‚ with Burkina Faso highly likely to win at home against Cape Verde‚ would bring goal difference into play‚ and right now the west Africans (+2) are ahead of Bafana (0).

A victory on Tuesday night in Ouagadougou to Senegal would see them share group lead with Bafana – should SA win – on seven points.

Then if Bafana beat Burkina Faso‚ and Senegal beat Cape Verde away‚ the two leading teams would go into the Dakar match level on 10 points‚ a situation that would favour the Lions of Teranga.

So Bafana would be left hoping for Senegal to slip in Cape Verde before then.

All of which only reinforces how costly that defeat in Praia was‚ because with a win SA could have been almost plain sailing thanks to the other two teams’ draw by now.