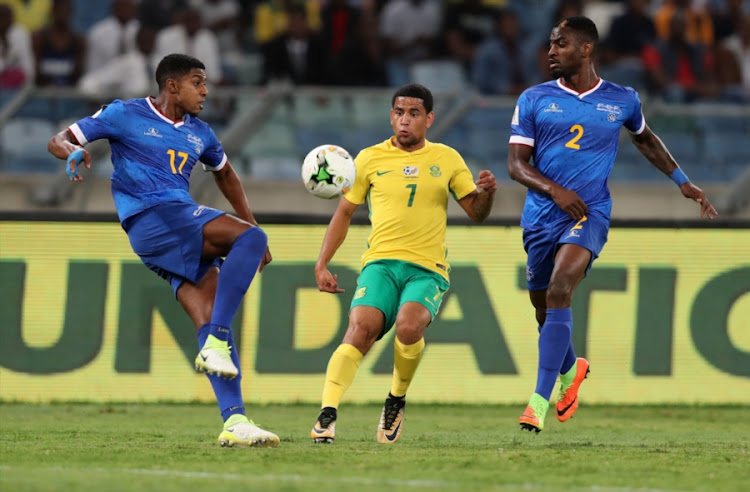 It is hard to pick out star performers in South Africa’s dismal 2-1 home loss to Cape Verde on Tuesday that likely ends their chances of reaching the World Cup in Russia next year.

TimesLIVE rates the Bafana Bafana players in their second successive loss to the west African islanders and one of their more depressing home defeats in the country;s 25-year history.

Sandilands will not be happy with conceding the Cape Verde opener when he appeared to be wrong-footed by Garry Rodrigues’ free-kick. He had no chance with the second though. Otherwise looked quite assured, but as in Praia, it is clear Bafana missed Itumeleng Khune.

Mphahlele got himself into some good positions, but was very disappointing with his delivery. He was also caught out occasionally defensively.

Strong in the tackle and good in the air, it was fine return to the national side after four years for the 34-year-old.

A difficult day for the skipper, who tried his hardest to rally his troops. He was caught for pace on occasion, but his reading of the game was good.

His strength is getting forward and supplying balls from wide areas and he laid one headed chance on a player for Bradley Grobler.

The most energetic of the South African performers, as in Praia on Friday he always made himself available and worked hard, but was frustrated with his end-product.

Lost the ball too often and was out-muscled on occasion. He failed to command the midfield area like might have been expected, giving Cape Verde too much space to play. Picked up a booking.

Had some shots on goal from distance and a free-kick that went close in the first half, but failed to have the impact he would have liked. Also picked up a yellow card. Was replaced by Percy Tau with 12 minutes to go.

Showed the best technical application among the South African players and was mostly neat and tidy. Something of a surprise when he was replaced by Lebogang Manyama just before the hour-mark.

Was involved in the play and spurned one fine headed chance. Also had to chances on the turn, one saved by the keeper and the other blocked. Looked a bit static up front at times. Replaced by Andile Jali after 65 minutes.

For the second game running he did not get the service he might have liked, but also did not involve himself in the play as much as he could have. A poor outing by his standards.

Brought on to change the game, he failed to do so. Looked indecisive and at times wanted too much time on the ball.

Came off the bench with 25 minutes to go and added a little bit of industry to the South African midfield. He was rewarded with a consolation goal.

Given another cameo appearance that did not leave him with much time to make his mark, he was his usual busy self though and pulled Cape Verde defenders out of position.