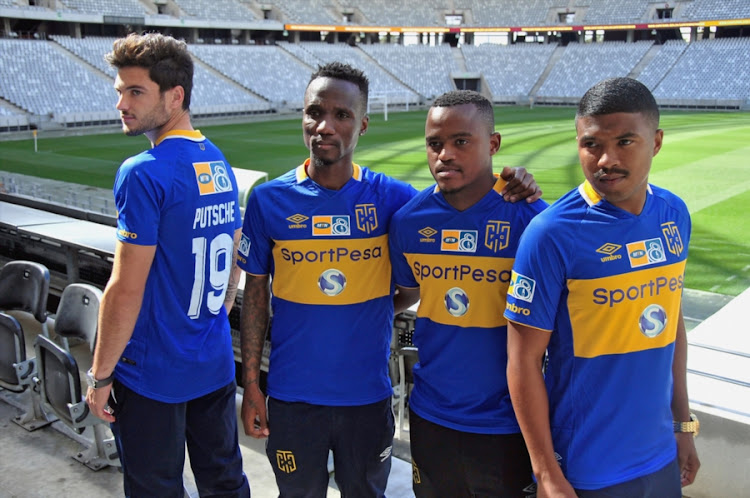 Cape Town City's disciplinary matter over their shirts sponsorship will go to arbitration‚ as was resolved by a meeting of the Premier Soccer League's board of governors in Kempton Park on Thursday.

The PSL are at odds with City over signing a sponsorship with a sports betting company in defiance of league directives and a seven-year-old resolution.

There was even the possibility of the club being expelled from the PSL.

TimesLIVE is informed that the matter will go to a disciplinary hearing‚ but in the form of arbitration.

This is to avoid the potentially lengthy process of City appearing before a PSL disciplinary committee then appealing‚ then arbitration.

City chairman John Comitis said he could not comment on the matter as it was sub judice.

"The matter is sub judice now‚ so I think the best thing is to refer it to an arbitrator to deal with it‚" Comitis said.

"And I think at this stage the fact that we're at this point just means that everybody has got a say‚ and what is right and fair will happen. That's why you go to arbitration."

PSL acting CEO Mato Madlala said she could not comment on the matter.

City‚ who were formed at the start of the 2016-17 season after Comitis bought the franchise of Mpumalanga Black Aces‚ announced their shirt sponsorship from SportPesa on August 11.

The board of governors could have decided on a stiff fine‚ a suspension or even an expulsion of City and Comitis from the PSL.

Comitis had been warned against doing a deal with the Bulgarian-owned betting company.

The league has no specific rules prohibiting sports betting companies as sponsors but it does require clubs to seek permission first.

A full session of the board of governors met a fortnight ago to discuss the matter and convened at a Johannesburg hotel again on Thursday to pass judgement‚ but the matter was passed to arbitration.

A resolution was passed seven years ago that PSL clubs would not take on sports betting companies as sponsors until the PSL had investigated the issue more thoroughly‚ but this investigation was never carried out.

Mosimane likens Sundowns' fixtures to a balloon payment on a car

Mamelodi Sundowns coach Pitso Mosimane is targeting a clean sheet when they take on Moroccan side Wydad Athletic in a Caf Champions League ...
Sport
4 years ago