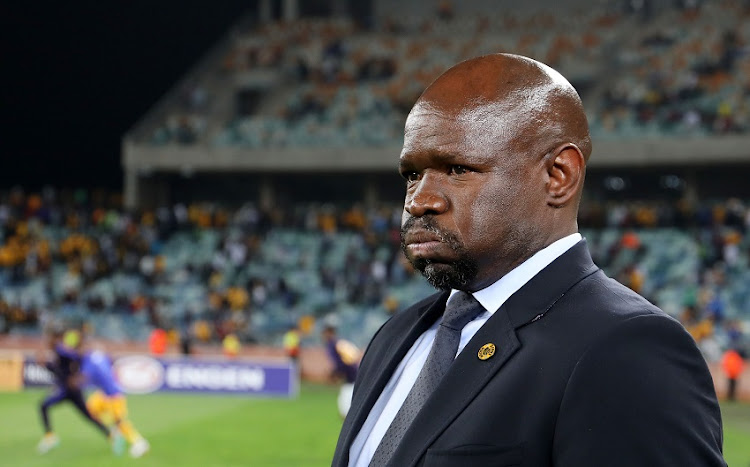 The growing anxiety at Bidvest Wits will be tested further when they travel to Kaizer Chiefs in the Premier Soccer League on Saturday evening‚ looking to snap a six-match winless streak at the start of the new campaign.

The league champions lost their latest fixture when they were humbled 3-1 by Lamontville Golden Arrows on Wednesday night‚ with performances seemingly becoming more fraught and nervous as time goes on.

They may not be quite at crisis point‚ but not far off for a club that has invested generously in the transfer market to bring in top names for coach Gavin Hunt over the last few months.

Wits’ problems are at both ends of the pitch. They are not taking their chances and also look‚ surprisingly for them‚ a soft touch at the back having conceded eight goals in their last four games‚ a point noted by Hunt this week.

“I’ve had worse starts than this‚ but of course I’m concerned. We’ve conceded the most amount of goals since I’ve been here – five years now‚ and that’s a problem.”

Chiefs coach Steve Komphela was able to breathe a little easier after his side’s fine 2-0 victory over previously unbeaten Cape Town City in the Mother City on Wednesday.

Chiefs were winless in three games prior to that result‚ including a quarterfinal exit in the MTN8‚ with pressure mounting on Komphela as he enters his third season and is still without a trophy.

He is wary of a wounded Wits‚ and says Chiefs will have to show the same fight they managed against City to secure back-to-back league wins for the first time since April.

“I think we are playing Wits at the wrong time‚ just when they are extremely wounded‚” Komphela said.

“It’s not going to be an easy one. It will depend on how we execute the plan and how we feel on the day.

“It [the winless run] doesn’t change who they are. They are still a lion‚ limping as they are. Now we have to concentrate and this is the time‚ mentally‚ we have to be at our best.”

There will be five other matches in the Premier League this weekend‚ including a visit for a resurgent Orlando Pirates to in-form Maritzburg United on Friday night.

Pirates have taken seven points from a possible nine at the start of the league season and look much better organised defensively‚ even if their problems in front of goal remain.

Also on Friday‚ winless Ajax Cape Town host Polokwane City at the Cape Town Stadium in a game that coach Stanley Menzo has described as a “must-win”.

“I have to be honest‚ looking at first three games with one point‚ that is three points less than we should have‚” Menzo said.

“We have to win this one‚ we have to catch up a lot. It won’t be easy‚ they [City] are not an easy team to beat.

“It’s not nice when you look at the log and see yourself in 15th place. It does not give you the right spirit‚ when you are in second you have more spirit and energy.

“But we need to believe we can win.”

Unbeaten Baroka FC host Free State Stars on Saturday afternoon in a fixture that both sides will view as very winnable.

Stars are finding their feet under new coach Luc Eymael‚ and impressed at times in Monday’s 2-1 loss to Mamelodi Sundowns.

Roger de Sa will be seeking a first win of the season for Platinum Stars after they opened the campaign with three defeats‚ two under former boss Peter Butler.

Stars host Chippa United on Saturday night‚ who have been inconsistent this campaign and have appointed Teboho Moloi as caretaker-coach following the surprise axing of Dan Malesela this week.

There is one fixture on Sunday as AmaZulu make the short trip to Lamontville Golden Arrows for a Durban Derby.

Both teams have made solid starts to the new campaign‚ with Arrows unbeaten after their excellent win at Wits was preceded by two draws.