Governing body to compensate Safa for cost of Senegal match 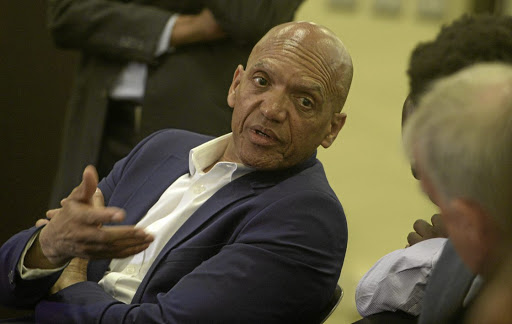 Fifa has agreed to pay a minimum of R5-million to the SA Football Association to cover the costs of the tainted 2018 World Cup qualifier that the world football governing body asked Bafana Bafana to replay in November.

Bafana beat Senegal 2-1 in Polokwane in November last year, but the result was scrapped after referee Joseph Lamptey was found to have manipulated the result.

Safa CEO Dennis Mumble revealed that Fifa promised to pick up the bill for the match and the costs could escalate beyond R5-million.

"They (Fifa) have confirmed to us that they will pick up the tab of that match," Mumble said.

"They realise that we were not at fault and these are wasted costs for us.

"For any international match, it depends on the venue and the location, but it's a minimum of R5-million that we spend to put a single Bafana Bafana match together.

"It involves the stadium hire, it involves transportation. The further out the match goes from Johannesburg we must fly out even the visiting team to that destination."

Mumble explained that visiting teams were responsible for flying themselves to Johannesburg, but if the match was in another province then Safa picked up the difference.

"This match took place in Polokwane and we had to pay the difference," he said.

"As far as the accommodation arrangements are concerned, our team is in camp for a week-and-a-half before the match itself.

"So, all of those accommodation costs and other logistics we have to pay. We also have to pay the staff and the match bonuses to the players. We cannot say to the players they must pay back those bonuses. No, they played and they must be compensated for that."

The match will be replayed in November on a date that Safa was planning to host the annual Nelson Mandela Challenge friendly between South Africa and an opponent who is yet to be confirmed.

Safa officials use the match to help raise funds for the Nelson Mandela Children's Fund and Mumble said they would ask Fifa to consider contributing to the cause, given that they've had to pull the plug on the charity match to accommodate the replay.

"So, we want Fifa to make that donation to the Nelson Mandela Children's Fund, because we would have raised that money for the fund on that date, which is now taken up by the Fifa fixture.

"We will ask Fifa to please take into consideration the fact that we make a substantial contribution to the Nelson Mandela Children's Fund every year and they have a hospital standing up that needs operating costs to be raised.

"We are going to ask Fifa to please make that donation to the Nelson Mandela Children's Fund," he said.