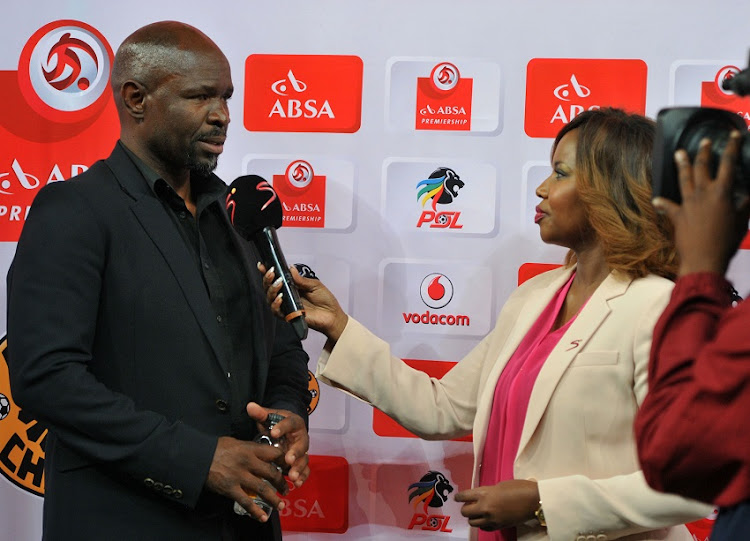 Steve Komphela was incensed at his integrity being brought into question by an opposing team official as Kaizer Chiefs and Bidvest Wits’ 1-1 Absa Premiership draw on Saturday concluded with heated altercations between officials.

A comment by a Wits official‚ COO Jonathan Schloss‚ after the final whistle at FNB Stadium drew an angry response from Amakhosi coach Komphela.

After that Chiefs’ football manager Bobby Motaung and Wits’ CEO Jose Ferreira were seen in a heated discussion.

An incensed Komphela referred in his post-match television interview to the official in question‚ Schloss‚ as “Umlungu” (white man).

In the joint post-match press conference‚ Komphela was asked to elaborate on his view of the events that took place.

He stressed that Wits coaching counterpart Gavin Hunt had not been involved.

“Gavin is a very close friend of mine. Nothing happens between coaches‚” Komphela said.

“But there’s just people around the game who just destroy things.

“Just after the match‚ walking through the referees‚ it’s our responsibility as coaches‚ whether you lost or won or drew‚ to shake hands and greet.

“I was trying to greet the referees‚ then there was an uproar that‚ 'Ja‚ you Steve this and that’.

“But it's not for the first time.

“Because it would be highly disrespectful of me to confront one of their staff members when he (Hunt) is here.

“Even last season‚ when Wits came here for the final match‚ when they were here to collect the trophy after a lot of hard work‚ I got the same remark from the same individual.

“And I don’t think it is fair on me because‚ listen‚ I never hurt anybody.

And when somebody does not have respect‚ I don’t think that I need their disrespect.”

Trying to smooth the situation‚ Hunt said to Komphela: “You know what you are Steve? You’re a honey badger. Now I want you to go home and Google it.

Welcome to our live and interactive coverage from the FNB Stadium in Soweto, Johannesburg, where champions Bidvest Wits lock horns with Kaizer Chiefs.
Sport
4 years ago

“When an animal get’s attacked‚ he lies half-conscious‚ but then he comes back.”

In a Google search on “honey badger”‚ the animal was desrcibed as: “The Honey badger or ratel is a tenacious small carnivore that has a reputation for being‚ pound for pound‚ Africa’s most fearless animal despite its small size.

"It is even listed as the ‘most fearless animal in the world’ in the Guinness Book of Records.”

Chiefs’ communications manager Vina Maphosa said on Sunday the club would only be able to reveal on Monday whether they would make an official complaint.

“But obviously early indications are that there is a concern about the incident. It was a nasty incident‚” Maphosa said.

Wits CEO Ferreira could not be reached for comment.

Wits were reduced to 10 men when Nazeer Allie was sent off for a second bookable offence in the 44th minute. Siphiwe Tshabalala opened the scoring for Chiefs in the 53rd‚ but Amr Gamal equalised for Wits in the 90th. - TimesLIVE