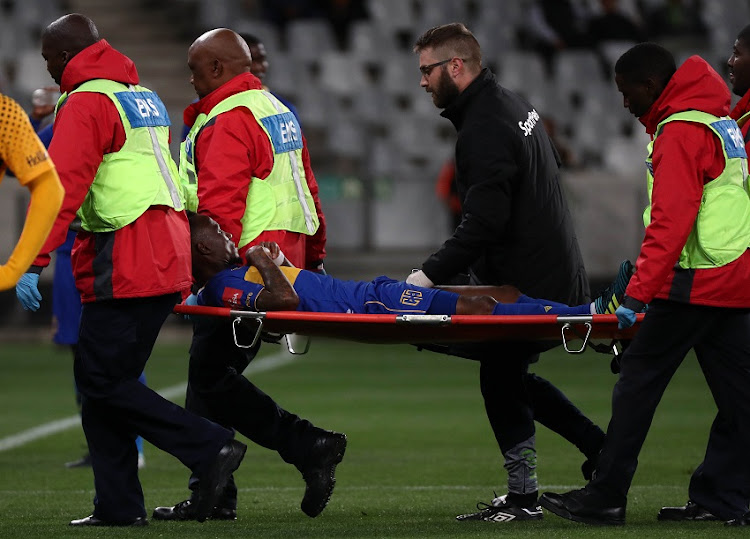 Teko Modise did not make the flight to Johannesburg on Monday as Cape Town City ventured north for their Premier Soccer league clash with one of the 34-year-old veteran’s former clubs.

A minor groin strain keeps Modise out of Tuesday night’s game against Orlando Pirates at the Orlando Stadium after he was forced off early in last Wednesday’s clash against Kaizer Chiefs.

A bitterly disappointed Modise had to leave the field inside the opening 20 minutes of the clash at the Cape Town Stadium‚ which Chiefs won 2-0‚ after twice breaking down with a obvious groin injury.

He suffered a similar complaint in the warm-up before the start of the first fixture of the season - against Polokwane City in the quarter-final of the MTN8 - and had to postpone his debut for his club‚ but that groin strain was on the other side.

Cape Town City maintained their 100 percent start to the new season with a comprehensive 3-1 Absa Premiership victory over Platinum Stars at a wet ...
Sport
4 years ago

Cape Town City officials said on Monday that Modise had been told by doctors he would had to sit out for between a week and 14 days and could be in contention for a place on Friday when City host Polokwane City at the Cape Town Stadium in the league.

But it is unlikely coach Benni McCarthy will risk him.

McCarthy blamed himself for using Modise last week when he felt he should have “stuck with my gut instinct” and rested him.

But by the time City are ready to face Ajax Cape Town in their potentially tempestuous derby on September 30‚ Modise should be raring to go again. - TimesLIVE