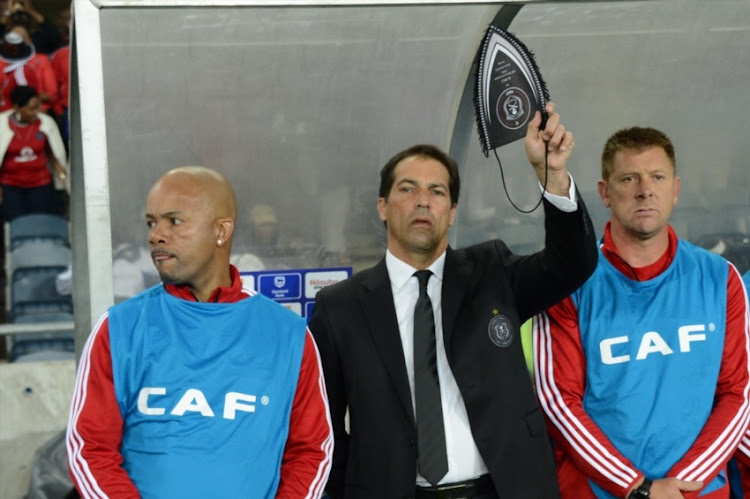 The pair were together at Orlando Pirates before Tinkler was axed at the end of the 2015/16 season.

Moloi later left The Buccaneers under a cloud‚ but has now been confirmed as caretaker coach at Chippa following the sacking of Dan Malesela last week.

Moloi started his tenure with a good away point at Platinum Stars on Saturday when the sides played to a 0-0 draw‚ and now faces another stern challenge against Matsatsantsa.

“It was not a good game. Both teams came off big losses in mid-week games. It was just a scrappy affair‚" Moloi said of the Dikwena clash.

“I am happy with this point because Platinum Stars came to give us a run for our money.”

Moloi will now hope to build on that with a performance of more polish after a few more training sessions with the team‚ but will know too that he comes up against a much more deadly opponent.

Kudos to Jeremy Brockie, the Kiwi who chose to stay sweet

Jeremy Brockie's desire to switch sides from SuperSport United to Mamelodi Sundowns was sternly dismissed by his boss, Stan Matthews.
Sport
4 years ago

Tinkler has managed to retain SuperSport’s solid‚ if unspectacular‚ form this season‚ with their seven matches in all competitions providing four wins‚ two draws and a single defeat – which includes a run to next month’s MTN8 final against Cape Town City.

And as much as Tinkler will be focussed on three points in this clash‚ he will also have an eye on a difficult away day on Saturday when Matsatantsa travel to Zambian champions ZESCO United for the second leg of their African Confederation Cup quarterfinal in Ndola.

“That’s why we always talk about having depth in your squad. But you have also got to remember we can’t be making seven or eight changes‚” Tinkler told reporters.

“I doubt there is a team in the world that does it. If you watch the Real Madrid and Barcelonas of this world‚ players play Wednesday‚ Saturday and Wednesday.

“What becomes important is how we rest the players in between and how we assess them. We need to make certain changes to certain players we believe need that rest‚ hence the fact that I have rested Morgan [Gould] and Yeye [Letsholonyane] in the past.

“That’s the approach we will make going into the Chippa game.”

SuperSport have generally been dominant over Chippa in their nine previous meetings‚ with just a single defeat‚ 3-0 away from home last season.

But they are winless in their last four meetings with the Port Elizabeth side‚ with the other three games all ending in draws. - TimesLIVE