Late substitutions do the trick for Pirates 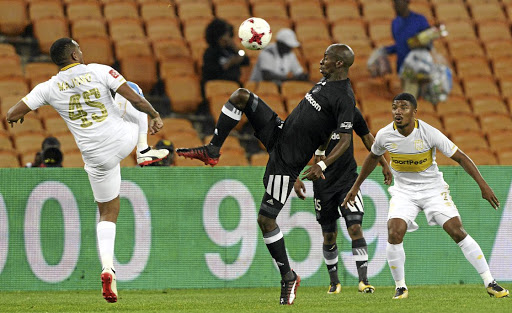 Although Orlando Pirates were not in complete control of their Absa Premiership encounter against Cape Town City at FNB Stadium on Tuesday night, they finished the match stronger with a 1-0 victory. Bucs coach Milutin Sredojevic read the game well and his substitutions worked for him.

Thabiso Kutumela and Lyle Foster's second-half introductions injected pace into Pirates' counter-attacks and it was telling that both played a role in Thabo Qalinge's 82nd-minute goal. City have notched up some impressive victories playing poaching football, which was the hallmark of coach Benni McCarthy's career as a striker. And they had chances to nab a win.

City could have taken the lead in the 32nd minute. After a clever build-up down the right, Lyle Lakay struck a low cross and Lehlohonolo Majoro seemed to win the ball at the near post out of Wayne Sandilands' hands. But referee Khulasande Qongqo blew for a foul.

McCarthy introduced Letsie Koapeng for Roland Putsche at the break. His Pirates counterpart Sredojevic responded by bringing on teenage prospect Foster for Bernard Morrison their Kutumela for Mpho Makola.

The quality of Pirates' attacks out of their area had looked increasingly impressive and when they scored it was fully deserved.

Innocent Maela won the ball, fed Qalinge, who found Kutumela, who released it to Foster down the right. The 17-year-old crossed, picking out Qalinge at the far post, and the nippy winger scored his second of the season.

A late rally by Polokwane City failed to garner them a win against Free State Stars when they lost their home fixture 3-2, this after trailing by three goals at halftime. Mohammed Anas scored a brace for Stars in the 16th and 22nd minutes. Paulus Masehe slotted in the third in the 24th minute. Walter Musona and Sammy Seabi scored for City in the second half.

Supersport United and Chippa United played to a 1-all draw at Lucas Moripe Stadium in Atteridgeville, near Pretoria. Superstport's Siyabonga Nhlapo opened scoring in the 28th minute, only for Moeketsi Sekola to bang in the equaliser in the 45th minute.