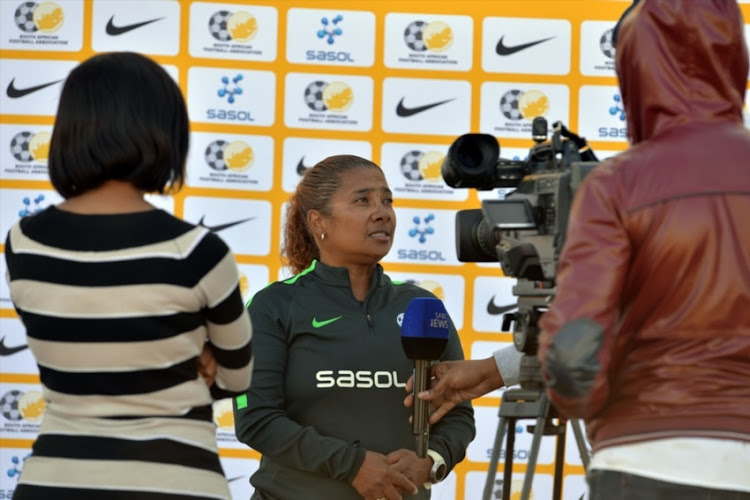 The 2-1 win over hosts Zimbabwe at a packed Babourfields Stadium made it four titles for South Africa in their fifth straight appearance in a decider of the regional competition.

The victory also marked a personal milestone for interim coach Desiree Ellis who has now won it as a coach and a player.

The beckoning glory almost slipped from Banyana's grasp but midfielder Leandra Smeda showed her big match temperament as she contributed to both of South Africa's goals at the stroke of each half.

Smeda headed the winner – her fourth of the competition - with a minute to go as she silenced the capacity crowd.

The University of Western Cape star player also provided the killer pass that her club Thembi Kgatlana converted on the stroke of half-time.

Banyana should have buried their fellow Rio Olympians from the onset but indecisiveness in their opponents' goal area was their Achilles - as it had been throughout the competition.

The combination of Chantelle Esau and Kgatlana in the strikeforce was always a handful for the defenders but decision-making meant most of the chances went astray.

Kgatlana had the most chances in the game but only hit the target at the stroke of half-time for her fourth goal of the tournament.

Zimbabwe were mostly one-dimensional in their approach, hoofing every ball forward hoping that their talismanic striker, Rutendo Makore, would utilise her physical strength to overcome a resilient Banyana defence.

It worked out eventually when Makore's powerful header levelled the scores in the 73rd minute but that was about it.

The big striker carried the home side all the way, even though Zimbabwe booked their place in the knockout phase as the best runners-up across the three pools. She finished as the competition's top scorer with 10 goals.

Banyana advanced to the final unbeaten and their victory was a reward for their persistence more than anything. En route to the final, South Africa overcame favourites Zambia 5-3 via penalties in the semifinals. And Banyana coming back from a 3-0 deficit with 15 minutes remaining in the last four was arguably the best match of the tournament.

Apart from the gold medals, Kgatlana was voted the best player of the tournament. - TimesLIVE