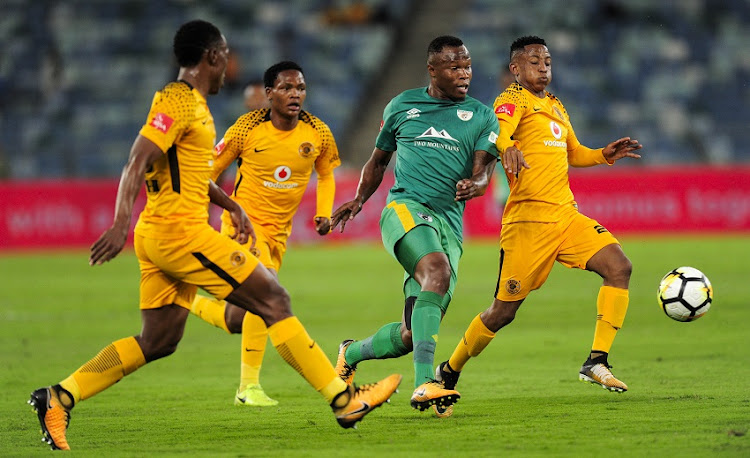 Doctor Khumalo dominated most of the pre-match talk ahead of former club Kaizer Chiefs’ spicy league encounter against current employers Baroka FC‚ but it was another erstwhile AmaKhosi employer who piled more misery on the ailing Naturena side at Moses Mabhida Stadium on Saturday night.

Baroka went top of the premiership standings after a goal from former Chiefs star Lewis Macha gave the visitors a deserved equaliser in the 23rd minute to cancel out George Maluleka’s 8th minute opening strike.

Macha's equaliser inspired Gift Motupa‚ who led a comeback that saw him score the game’s winning goal in the 59th minute.

Baroka were full value for the three points and they confirmed Kaizer Motaung’s increasingly unrecognisable side’s plunge into ignominy.

Khumalo’s name was central to most of the hype that preceded this encounter and even besieged Chiefs coach Steve Komphela mused that the revered Baroka technical director‚ who left AmaKhosi after 31 year as a player and coach to join Bakgaga in August‚ would have an influence on the proceedings.

Indeed‚ Baroka had a bit of the polish and finesse that was synonymous with the swashbuckling Chiefs sides of an era that is receding into distant memory at the speed of a Gautrain coach on Redbull.

Khumalo‚ who sat in the stands at Moses Mabhida with a poker face that would have impressed a cologne salesman‚ must have wondered exactly what on earth has become of a club that used to play with effortless elegance once upon a time.

The visitors certainly abused their off-colour hosts’ generous hospitality and they made it their business to make AmaKhosi very uncomfortable in their own abode for the better part of this encounter.

It is becoming increasingly clear that only a reckless gambler with very little regard for his money can predict how Chiefs will fare on the pitch on any given day and Saturday evening’s league encounter against Baroka was testament to this observation.

Their previous four matches before the Baroka encounter make for interesting reading: Chiefs drew 0-0 at home with Golden Arrows‚ beat Maritzburg United 2-0 away from home‚ drew 1-1 with champions Wits at home and beat Benni McCarthy’s Cape Town 2-0 away from home.