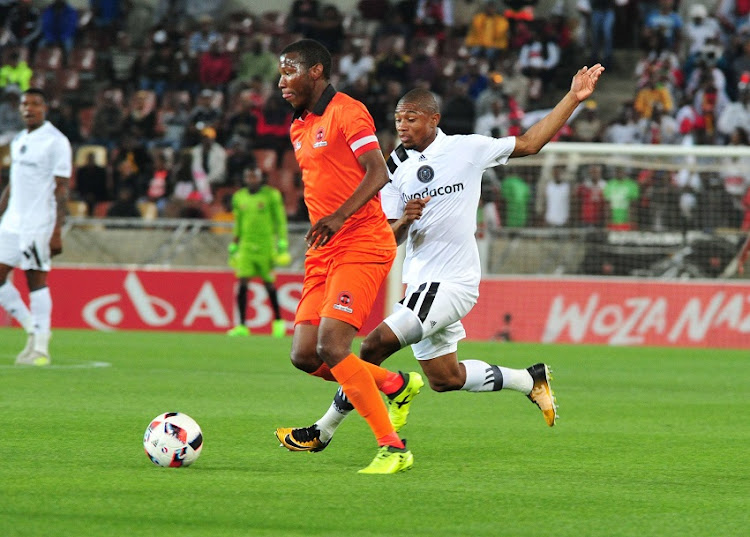 Thamsanqa Gabuza showed once again why he’s so key to Orlando Pirates fortunes this season after pulling his team from the jaws of defeat against a Polokwane City side that dominated the second half of this Absa Premiership against their fancied visitors.

Polokwane City were looking to move away from the drop zone when two impressive goals by Rendani Ndou and Rodney Ramagalela came few seconds short from giving them three points before Gabuza’s stoppage time equalizer.

Pirates arrived in Peter Mokaba Stadium in Polokwane looking for points that would have taken them second behind Boroka FC on the log, but Bernard Molekwa’s team had other ideas as they came back strong after Thamsanqa Gabuza had given the lead to the visitors in the 50th minute.

Gabuza’s goal only lasted 10 minutes as Ndou’s header from Ramagalela’s cross kissed the Bucs net with Pirates keeper Wayne Sandilands given no chance.

Eight minutes later it was Magalela himself who looked to change the course of this match as he latched on Jabulani Maluleke’s brilliant pass to beat Sandilands with a sweet low shot in the near post.

For Bucs this draw will come as a huge blow after a promising start to the season that saw them winning three and drawing two before being humbled by defending champions Bidvest Wits at Milpark last weekend.

The draw will be a hard one to take for Bucs coach Milutin Sredojevic who was hoping to celebrate with victory finishing 50 days on the Buccaneers hot seat.  Polokwane’s dominance in the second half put paid to those plans.

Having gone to this encounter with four goals in six matches, Sredojevic’s team was not quite expected to win with an avalanche of goals but had Mpho Makola and his partner Gabuza buried the chances they had, another tale would have been written on this match.- TimesLIVE