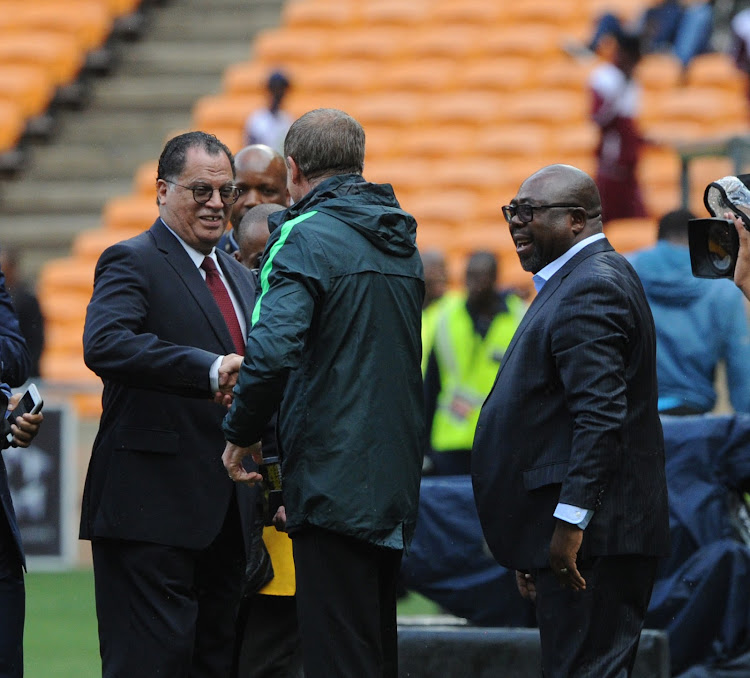 Bafana Bafana beat Burkina Faso in Saturday’s World Cup qualifier with a knife at their throats‚ said coach Stuart Baxter in reference to the public and press backlash to last month’s defeats against Cape Verde.

Baxter got his team selection right‚ bringing in players with flair as South Africa overwhelmed Burkina 3-1 with their strength of skill and pace.

But in successive 2-1 defeats against Cape Verde last month‚ which left SA needing wins from their last three matches to reach Russia 2018‚ Baxter’s lineups were static and unconvincing.

The players too‚ were lethargic‚ and when news broke of some of them partying in the team hotel after the second match in Durban the noise in the public outcry reached a crescendo.

In his post-match press conference after the win at FNB Stadium on Saturday Baxter was asked whether he had conveyed to the players that one win against Burkina Faso still left the team bottom of the group.

“There will be plenty of time for that in the next few weeks. At the moment I’m just proud of the players‚ I’m proud of their attitude.

Baxter introduced his “24-hour professional” code of conduct for the players in the wake of the news of partying in Durban.

A sports psychologist‚ Martin Scheepers‚ was also brought in to work on SA's mental aspect ahead of the past weeked's game.

Bafana‚ with four points‚ need to beat Group D leaders Senegal (eight points) in Polokwane on November 10 and away in Dakar on November 14 to reach Russia 2018.

Cape Town City winger Lyle Lakay has extra motivation for winning the MTN8 final as victory will turn him into an instant hometown hero in ...
Sport
4 years ago

Iceland's soccer supporters were in raptures on Monday as they celebrated in the capital and across the country after the national team qualified for ...
Sport
4 years ago

Gogos get a health kick out of soccer

In a battle to stay fit and beat the effects of diabetes‚ arthritis and high blood pressure‚ pensioners aged between 60 to 80 in Imbali‚ ...
News
4 years ago