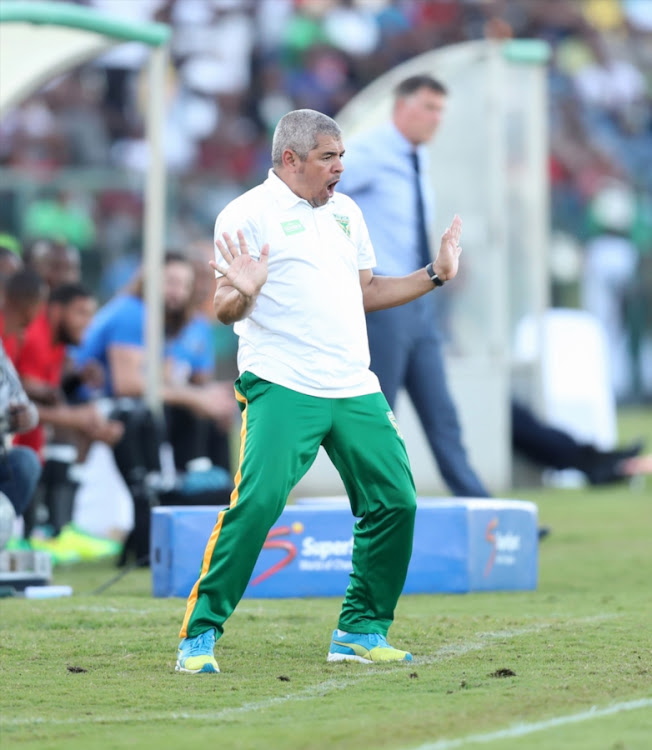 Kaizer Chiefs goalkeeper Itumeleng Khune and Clinton Larsen of Lamontville Golden Arrows have been named as the player and coach of the month for August and September.

Khune‚ who walked away with three successive man of the match awards during August and September‚ got the nod ahead of Lerato Lamola from Arrows‚ Robyn Johannes of Cape Town City and Gift Motupa of Baroka.

As a result of those three wins‚ Arrows sat in second spot on the log standings by the start of October.

The judging panel were impressed by the continuation of the exciting display his team produced last season where he kept the core of his team together and managed to blend youth and experience despite the relatively scant resources at his disposal.

This time last season‚ Larsen was also recognised with the award as he became the first coach to win it in 2016-17.

Others in contention for this August and September were Cape Town City coach Benni McCarthy and Kgoloko Thobejane of Baroka FC.

Royal Eagles midfielder Happy Takalani Mashau was the driver of the car that crashed on Sunday and killed his former Maritzburg United teammate ...
Sport
3 years ago

Both Cape Town City and SuperSport United plan to arrive in Durban the day before the MTN8 final and will each have a practice at the Moses Mabhida ...
Sport
3 years ago