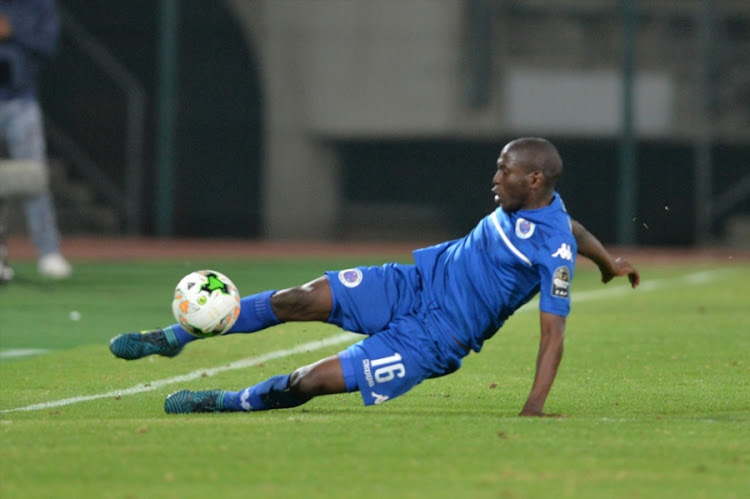 SuperSport United winger Aubrey Modiba has promised fireworks ahead of the MTN8 final clash against former teammates in Cape Town City at the Moses Mabhida Stadium on Saturday.

Modiba played for Mpumalanga Black Aces before joining SuperSport ahead of the 2016-17 season. Soon after Aces’ franchise was sold to John Comitis‚ who formed Cape Town City.

The 22 year-old Limpopo-born star says he won’t have a soft spot for his former club-mates and he is certain that he will “get a goal”.

“We are looking forward to the game and we are fully prepared for them‚” the Bafana Bafana international said.

Asked whether he would celebrate should he score against his former employer‚ Modiba said he won’t hesitate to since. He even said he has been rehearsing a special celebration style.

“There’s no way I won’t celebrate‚” the player said. “I have been thinking of which celebration should I pull after scoring a goal.”

Modiba says both sides are currently playing attractive football and he hopes that “fans come to the stadium in high numbers”.

“It will mean a lot to me because it is my first time playing in the MTN8 final and will add to my curriculum vitae as well‚” he said.

"Winning it would be a bonus for me and I’ll gain more experience as well in another final.”

For SuperSport coach Eric Tinkler‚ this will be the first time in charge of his new club in a cup final‚ and also against his old team.

Tinkler led City to the Telkom Knockout trophy in their first season of existence last season.

Royal Eagles midfielder Happy Takalani Mashau was the driver of the car that crashed on Sunday and killed his former Maritzburg United teammate ...
Sport
4 years ago

Over the years South African football has lost players on the road and the latest is Maritzburg United midfielder Mlondi Dlamini.
Sport
4 years ago

If Itumeleng Khune is not the best distributing goalkeeper in the world‚ then he is at least the best Bafana Bafana coach Stuart Baxter has seen.
Sport
4 years ago

Both Cape Town City and SuperSport United plan to arrive in Durban the day before the MTN8 final and will each have a practice at the Moses Mabhida ...
Sport
4 years ago

Bafana Bafana beat Burkina Faso in Saturday’s World Cup qualifier with a knife at their throats‚ said coach Stuart Baxter in reference to the public ...
Sport
4 years ago