PSL charges Mhango for spitting‚ Schloss for comments at Komphela 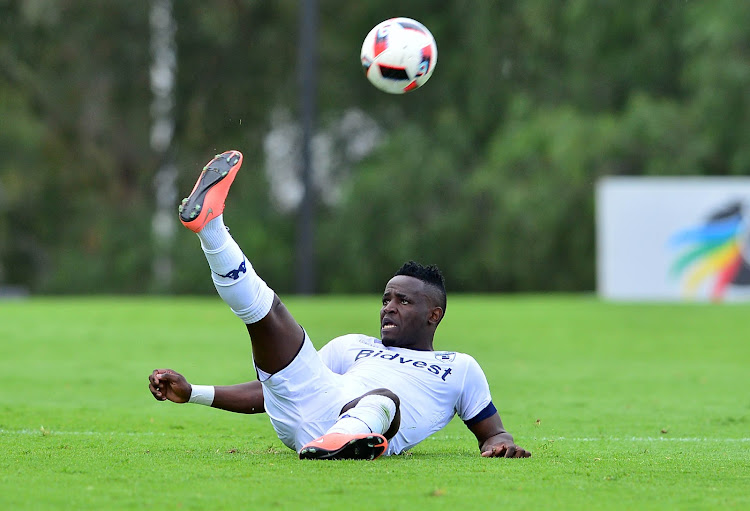 The Premier Soccer league (PSL) has charged Bidvest Wits’ trio of striker Gabadinho Mhango‚ for an alleged spitting incident‚ and senior club officials Jonathan Schloss and George Mogotsi for alleged transgressions in the league over the past few weeks.

Mhango has been charged with misconduct for allegedly spitting at AmaZulu midfielder Michael Morton during Wits’ league encounter at Princess Magogo Stadium on September 20.

Morton has also been charged with misconduct for allegedly offending the dignity of Mhango.

In another incident‚ Schloss has been charged for contravening Rule 54 of the NSL Handbook for allegedly using offensive gestures or language against Kaizer Chiefs coach Steve Komphela during their league match against Wits on September 16.

In the same match‚ Mogotsi is said to have contravened Rule 54 for allegedly using offensive language at the match officials.

The highly-publicised incident‚ involving club officials at the end of the 1-1 draw at FNB Stadium‚ saw Komphela go public complaining in his post-match TV interview and press conference about comments he allegedly received that were directed at him by Schloss.

Meanwhile‚ official of National First Division (NFD) side Richards Bay Richard Makhoba has been charged with three charges of misconduct arising from their match against Tshakuma FC played on 24 September 2017.

Makhoba is accused of allegedly intimidating and abusing match officials and causing delays to the match on two separate occasions and the matters will appear before the PSL DC on 18 October 2017.

SuperSport United winger Aubrey Modiba has promised fireworks ahead of the MTN8 final clash against former teammates in Cape Town City at the Moses ...
Sport
3 years ago

Kaizer Chiefs goalkeeper Itumeleng Khune and Clinton Larsen of Lamontville Golden Arrows have been named as the player and coach of the month for ...
Sport
3 years ago

Royal Eagles midfielder Happy Takalani Mashau was the driver of the car that crashed on Sunday and killed his former Maritzburg United teammate ...
Sport
3 years ago