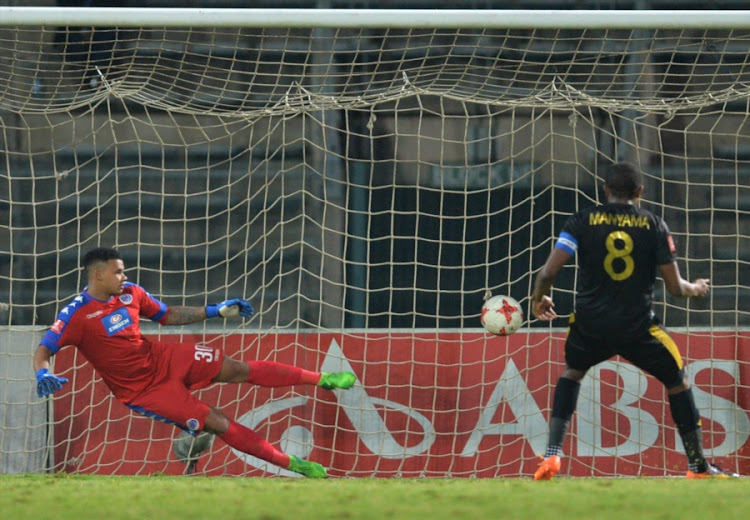 Both Cape Town City and SuperSport United plan to arrive in Durban the day before the MTN8 final and will each have a practice at the Moses Mabhida Stadium on the eve of the game.

Cape Town City‚ who won the toss to be considered the home team and get to pick the change room‚ colours and practice times‚ will be training from 6.30pm with SuperSport to take a slot before or after them.

Both sides gave their players off on Sunday ahead of a week of intense preparations as training resumed on Monday.

Cape Town City played a friendly against their MultiChoice Diski Challenge team on Tuesday in a bid for match sharpness given they have not had a game since the derby against Ajax Cape Town last month.

Nigerian striker Victor Obinna sat out and did training on his own as he attempts to get over the groin injury that forced him off at half time of the derby‚ after he had scored the opening goal.

But Lehlohonolo Majoro‚ Teko Modise and Ronald Putsche all participated as they showed no ill effects from recent knee and groin problems.

It means Benni McCarthy is likely have a full-strength squad to pick from for the game.

The only long-term injury absentee at the club is Aubrey Ngoma‚ still a month off returning to training.

SuperSport played in the Gauteng Cup over the weekend so have had match practice and also report a clean bill of health‚ save for Onismor Bhasera and Thato Mokeke who have been out since the start of the season and are still some way off returning to action.

Left-back Bhasera had a hip operation while Mokeke is battling with a shin problem. Mokeke played for City last year when they beat SuperSport in last year’s Telkom Knockout final in Polokwane.

Bafana Bafana beat Burkina Faso in Saturday’s World Cup qualifier with a knife at their throats‚ said coach Stuart Baxter in reference to the public ...
Sport
3 years ago

Cape Town City winger Lyle Lakay has extra motivation for winning the MTN8 final as victory will turn him into an instant hometown hero in ...
Sport
3 years ago

Iceland's soccer supporters were in raptures on Monday as they celebrated in the capital and across the country after the national team qualified for ...
Sport
3 years ago
Next Article