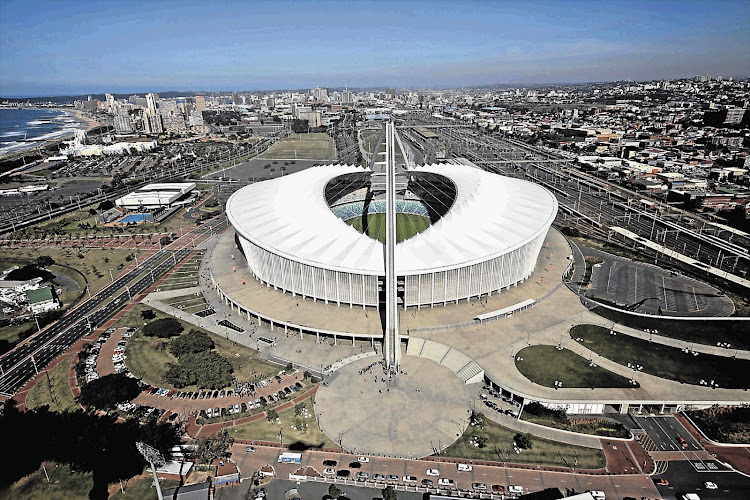 The MTN8 final on Saturday pits Cape Town City against SuperSport United at Moses Mabhida Stadium in Durban with the first piece of silverware of the new 2017-18 Premier Soccer League season to be won.

TimesLIVE picks out five talking points ahead of the decider that has all the ingredients for an entertaining finale to the competition.

* Decline of the Soweto teams

This will be the first time in the 45-year history of the MTN8 competition that there will be no Soweto clubs in the final for the second season running.

Previously one of Kaizer Chiefs‚ Orlando Pirates or Moroka Swallows had featured in the competition’s final at least every other year‚ but their absence again in 2017 is another sign of the lessening influence of teams from Soweto on the South African landscape.

Last season saw Bidvest Wits defeat Mamelodi Sundowns 3-0 in the final‚ and this year there will be sides from Cape Town and Tshwane (again) seeking to win the silverware.

In fact‚ since 1972‚ in 45 years‚ there have only been seven seasons in which a Soweto side has failed to make the final.

The R8-million first prize for the winners of Saturday’s final represents the richest payday in domestic knockout football in SA and comes for the victors after just four games played.

Compare that to the R10-million that is won over a long‚ hard 30-game Premier League season and you can see why clubs are so eager to qualify for the top eight these days.

But the margins between success and failure are slim and for Saturday’s loser‚ their runner-up cheque will be hardly of any significance at all.

The losing side will collect just R800 000‚ or a 10th of the winners’ cheque‚ which will do little to ease the pain for the players.

Both sides are likely to share any spoils with the players‚ so the financial carrot dangled in front of them is huge.

* Modise can complete his set

Teko Modise had to wait a long time for his first silverware in South African football‚ but now has the chance to complete the set if he can help City to victory on Saturday.

Modise has won the league‚ Telkom Knockout and Nedbank Cup with Mamelodi Sundowns‚ as well as the Caf Champions League.

But the one medal that has so far eluded him is the top eight‚ and with his career winding down in the next few years as injuries bite‚ this may be his last chance.

He was at Orlando Pirates when they won the title in 2011‚ but was not part of the match-day squad of the side that defeated Moroka Swallows in the final‚ ironically at the Moses Mabhida Stadium in Durban.

* Benni can grow his legend with immediate success

There were some eyebrows raised when Benni McCarthy was offered the Cape Town City coaching role in June following the defection of Eric Tinkler to SuperSport United.

It was not that McCarthy did not have football pedigree‚ but he was untested as a head coach and came with a brash persona that has already appeared on the touchline early in the campaign.

But just months into his role‚ he can prove all those doubters wrong by collecting a first piece of silverware that will no doubt be equally celebrated as the many he won as a player – notably becoming the only South African to win the Uefa Champions League with FC Porto in 2004.

McCarthy has brought his own style and identity to the City side‚ and they have not just followed on the excellent work of Tinkler last season. He will be desperate to show he has trophies in him too.

* Not paying the penalty

Surprisingly perhaps for matches that are often tense affairs‚ there have only been four penalty shootouts in the history of MTN8 deciders.

Three of those have come since MTN took over the sponsorship of the top eight competition in 2008 with Kaizer Chiefs defeating Mamelodi Sundowns 4-3 in 2008 after a 0-0 draw.

Pirates won 4-2 against Swallows in 2010 following a 1-1 stalemate‚ while Platinum Stars then famously beat Pirates 3-1 in the 2013 decider after that game had also finished 1-1.

The only other time the final went to a shootout was in 2001 when Chiefs edged Sundowns 7-6 after the sides had played to a 2-2 draw.

Doctor Khumalo explains who wears pants between him and Thobejane

Sida Dukashe stadium in Mdantsane has received the nod from the Premier Soccer League (PSL) to host the match between Chippa United and Cape Town ...
Sport
4 years ago

A decent crowd of over 25 000 is what the management at Moses Mabhida Stadium expects on Saturday evening when SuperSport United tackle Cape Town ...
Sport
4 years ago

SuperSport United coach Eric Tinkler says there will be no room for sentiment when he comes face to face with former team Cape Town City in the MTN8 ...
Sport
4 years ago