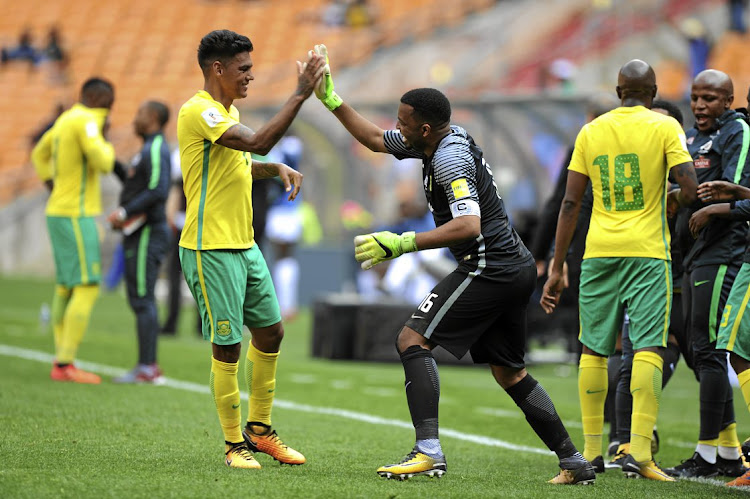 Bafana Bafana are now at number 74 in the world and 16th on the African continent and they remain far short of the South African Football Association's stated aim of being regularly in the top 20 in the world and top three in Africa.

But they have the chance to improve that record significantly when they face Senegal home and away in their final World Cup qualifiers next month.

Tunisia have climbed three places to number 28 in the world and take over from Egypt as the top-ranked side on the continent.

Tunisia beat Guinea 4-1 away in their latest qualifier and head their pool by three points from DR Congo with a home game against Libya to come.

Egypt remain at number 30 in the world‚ while Senegal climbed a single place to number 32.

Aside from Nigeria‚ Bafana’s opponents in their 2019 Africa Cup of Nations group continue to struggle as Libya dropped six places to number 87 and Seychelles actually rose two positions‚ but will not be pleased with their 188th place on the list‚ with only Eritrea and Somalia behind them.

There was no change in the top five on the global list after the final round of pool stage qualifiers in Europe and South America.

Germany continues to head the list‚ followed by Brazil‚ Portugal. Argentina and Belgium.

Bafana Bafana striker Dino Ndlovu scored twice as his Azerbaijan side Qarabag claimed a comfortable 2-0 win over Inter to stay top of the league in ...
Sport
4 years ago

Kaizer Chiefs coach Steve Komphela will be under added pressure to give supremo Kaizer Motaung the perfect birthday gift with victories over fierce ...
Sport
4 years ago

Ronwen Williams got praise from his coach Eric Tinkler for the two crucial saves he made during the 4-2 penalty shoot-out win over Cape Town City in ...
Sport
4 years ago