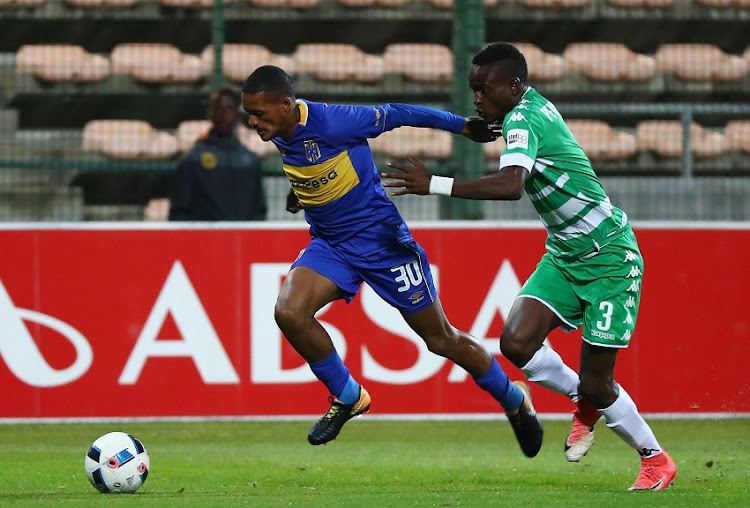 Kabelo Mahlasela scored a second half winner as Bloemfontein Celtic continued their fine start to the new campaign with a 1-0 victory over a much-changed Cape Town City at the Athlone Stadium on Tuesday night.

Celtic were full value for their win and created the better chances in a game in which the home side saw plenty of the ball, but did little with it.

City coach Benni McCarthy made eight changes to his side from the team that lost the MTN8 final to SuperSport United on Saturday, including resting skipper Robyn Johannes, right-back Thamsanqa Mkhize and striker Lehlohonolo Majoro.

Goalkeeper Shu-Aib Walters dropped out of the squad altogether, while Vincent Kobola was named captain of the side.

Celtic coach Veselin Jelusic made three changes from the team that beat BidVest Wits 1-0 on October 1, with Wandisile Letlabika, Given Mashikinya and Jacky Motshegwa missing out.

Celtic had the better of a cagey opening 15 minutes with forward Roggert Nyundu drilling a low shot just wide from the edge of the box with Sage Stephens in the home goal seemingly beaten.

Stephens then had to be alert to deny Ndumiso Mabena from close-range as the visitors picked apart the home defence.

It took almost half an hour for City to test Patrick Tignyemb in the Celtic goal as Ayanda Patosi’s thunderous drive from the edge of the box was only parried by the Cameroonian and Victor Obinna could not turn home the rebound as he failed to get a solid connection.

Mabena tested Stephens again with a powerful shot after getting behind the City defence, but the keeper did well to beat away his effort and was then forced into action again when Deon Hotto’s free-kick was arrowing for the bottom corner as the teams went into the break goalless.

There was little in the way of goal-mouth action at the start of the second half, but the deadlock was broken on 67 minutes as Mahlasela darted into the penalty area and showed good composure to place the ball past Stephens.

Lantshane Phalane wasted a fantastic chance to double the lead for Celtic when he received the ball in a three-on-one attacking situation for the visitors, but opted to shoot speculatively at goal when he should have passed to one of his free teammates.

Celtic were almost made to pay when Majoro had an excellent chance to level matters in injury-time, but he blasted the ball over the top from close-range.

Next up for City is an away clash at Chippa United on Sunday, while Celtic are in Cape Town again on Saturday night for a fixture against Ajax. - TimesLIVE