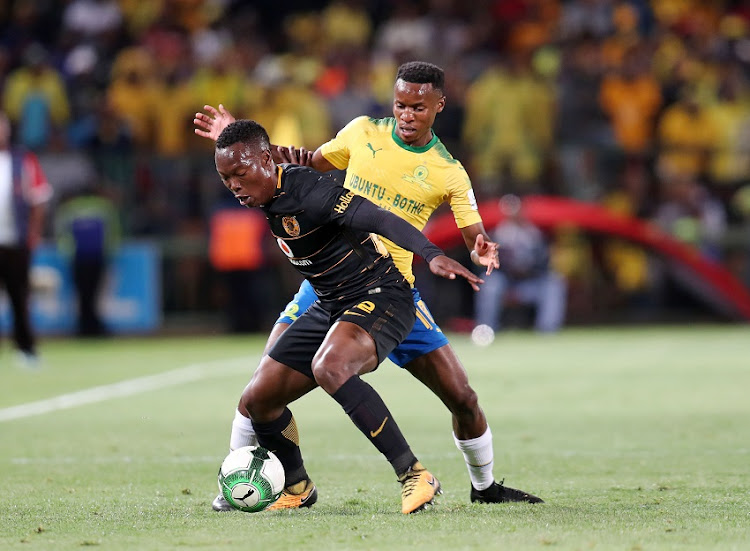 Kaizer Chiefs arrived in the capital city like sheep to the slaughter house but - oh boy - they turned the tables.

Steve Komphela went into the match on the back of a demoralising league loss to Baroka FC before the international break which saw the Chiefs fans turn on him in Durban but this hugely deserved 2-1 win over fierce rivals Mamelodi Sundowns at Loftus on Tuesday night has given him a stay of execution.

This was a match that Komphela and his men had to win to ease pressure and Komphela outsmarted his opposite number Pitso Mosimane in terms of tactics as they managed to soak up the early pressure by their hosts before exploding into a match winning performance.

This much needed victory will give Chiefs a timely morale booster ahead of the high octane Soweto Derby against Orlando Pirates on Saturday at FNB Stadium where they will be expected to win two matches in succession.

Without several key players in his defence, Komphela started the match with the inexperienced pair of Siyabonga Ngezana in central defence and Philani Zulu at left back and they rewarded him with sterling performances.

Ngezana, who was named the man of the match, was the star of a highly successful night for Chiefs as he opened the scoring in the 50th minute when he slotted home a well-taken free kick that was taken by George Maluleka to beat the outstretched hands of Denis Onyango.

The goal seemed to go to the head of the excited Ngezana as he was shown a needless yellow card shortly after he scored his first professional goal for the club for an unsporting tackle on Sibusiso Vilakazi on the edge of the box.

Chiefs, who were on the ascendency in the second half after they were dominated by Chiefs before the break, increased their lead in the 72nd minute when experienced attacker Bernard Parker found the back of the net after he side stepped bemused Motjeka Madisha to ensure the much needed three points.

With Chiefs enjoying a good lead in the game, pressure went to some of the Sundowns players and midfielder Tiyani Mabunda saw red in the 80th minute for a late tackle on Parker which was a huge blow to their mission of launching a late comeback.

The Brazilians pulled one back in the 73rd minute when after Chiefs defender Eric Mathoho hacked Percy Tau in the box for Themba Zwane to convert from the spot but it proved to be a scant consolation as Amakhosi held on for the much needed win.

With the red card to Mabunda, substitute striker Curthbert Malajila, who replaced George Lebese in the 83rd minute, lasted for a few minutes as he was stretched off the field a few minutes after he came with an injury as Sundowns finished the match with nine man.

The match was delayed for 30 minutes by PSL match as commissioner Job Smith as there were more people outside the stadium at the time of scheduled kickoff at 7.30pm because of delays caused by construction work around the stadium. - TimesLIVE