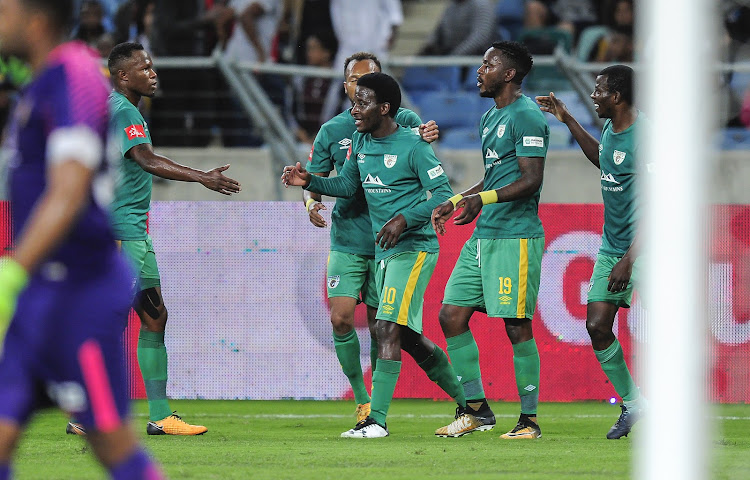 Even the bravest punter would not have bet that, seven rounds into the Premier Soccer League season, Baroka FC and Golden Arrows would be taking each other on in a top-of-the-table clash.

The two meet at Peter Mokaba Stadium in Polokwane on Wednesday evening.

That is one of two PSL matches on the night. Orlando Pirates take on Platinum Stars in the other encounter.

Pirates are a more organised and motivated team under Milutin "Micho" Sredojevic, warned Roger de Sa, the former Bucs coach who is now in charge of Dikwena.

De Sa takes his young, struggling Stars to FNB Stadium to meet the team he coached to the CAF Champions League final in 2012, in which Pirates lost to Egyptian giants Al Ahly.

He said Pirates had looked a rejuvenated team this season compared to the side that finished a woeful 11th in the past campaign. The decline, he said, was a result of years of a high turnover of coaches, and slowly losing the generation that almost earned their second continental star under him.

"I think they are a different side from the one that I had a few years ago - obviously, there have been a lot of changes," De Sa said. "And even more so in the past year.

"They look quite a new, hungry, organised team again. And I think that's good for South African football."

Baroka ensured their PSL status last season through the promotion-relegation playoffs after they finished a disappointing 15th.

Baroka go into this match looking to stretch their lead. They have a two-point advantage over second-placed Arrows after seven matches.

Baroka have improved a lot after their flirtation with relegation last season and captain Olaleng Shaku says they learnt valuable lessons from that experience.

"Last season was a learning curve for us. We finished 15th and went to the playoffs but came back to the PSL."

Arrows captain Matome Mathiane said his Lamontville side was determined to return to KwaZulu-Natal with the three points.

"There is no difference between us and Baroka - we are both doing well and we haven't lost a match so far in the season."