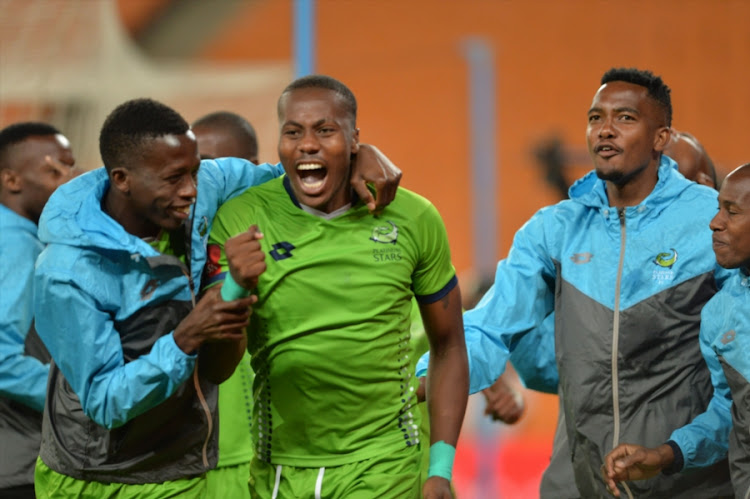 Orlando Pirates would have made hard work of a slender victory against a frail Platinum Stars, but to draw this Absa Premiership game 1-1 at FNB Stadium on Wednesday evening was a let-off from Bucs for the men from Rustenburg.

Thabo Matlaba seemed to inject the urgency otherwise lacking for Pirates when he smacked home just after the restart in the 46th minute. Stars, with their lone real attack of the game, pulled one back almost immediately through Bonginkosi Ntuli in the 49th.

Pirates at one stage had an early lead in the PSL as they looked more motivated and energised under new coach Milutin Sredojevic.

A defeat against Wits for the defending champions' much-welcome first victory of the season, 2-2 draw against Polokwane City and Wednesday night's stalemate later, and it's all looking a little tougher for "Micho" again on his return to Pirates and the PSL.

Of course Bucs might have had Saturday's Soweto derby here against Kaizer Chiefs on their minds. They are far less likely to be as lackadaisical then as they were letting off Stars, the bottom-placed side in the PSL, who have not won a game yet in 2017-18.

Abbubaker Mobara dropped back to centreback for the injured Happy Jele.

Against a team low on confidence, and for whom coach Roger De Sa is clearly still battling to instil a structure, Pirates opened Platinum on occasion in the first half, but with more intensity could surely have scored a few goals too.

In the 15th a low ball in from Thembinkosi Lorch on the left found Matlaba free to blast over.

Pirates looked like they could walk through Stars, such as when Matlaba literally did that picking a way through the middle and forcing a low save from Dino Visser.

Or when Thamsanqa Gabuza picked out Mpho Makola free with an angled pass across the area, who shot at Visser.

The dangerous Matlaba got Bucs off to the sort of far more forceful start they needed just after the restart for the second half. Jinking into the area down the right the full-back slammed home a right-footed finish into the top-left corner.

That goal spurred Stars into their first meaningful attack of the game, and they scored from it. Vuyo Mere's through-pass from midfield played Ntuli through to control and finish low past Wayne Sandilands.

The game had come alive, as from Makola's cross Qalinge's header forced a stop from Visser.

On the hour, after Enocent Mkhabela fouled Thembinkosi Lorch inside the penalty arc, Mpho Makola's free-kick was curled onto the crossbar. Then Makola's drive tested Visser.

From Makola's cross Gabuza's header was unconvincingly chested onto his upright by Visser.

Both teams' coaches brought on their Zambian forward signings – Sredojevic Justin Shonga for Lorch in the 63rd, and De Sa the big international Brian Mwila on debut for Robert Ng'ambi in the 80th – but neither could break the deadlock.

Sadio Mane was a surprise inclusion as Senegal named their squad on Wednesday for next month’s decisive World Cup qualifiers against South Africa.
Sport
4 years ago

The Premier Soccer League (PSL) has announced the dates and venues for the Telkom Knockout first round to be played on the weekend of October 27 ...
Sport
4 years ago

I’m happy because Komphela is my 'brother', says Pitso after Chiefs defeat

Mamelodi Sundowns coach Pitso Mosimane has often divided opinion and he was at it again when he expressed happiness that Kaizer Chiefs beat his own ...
Sport
4 years ago

Roger De Sa admits he has bitten off a sizeable bite to chew taking charge of struggling Platinum Stars‚ who meet Orlando Pirates in Wednesday ...
Sport
4 years ago