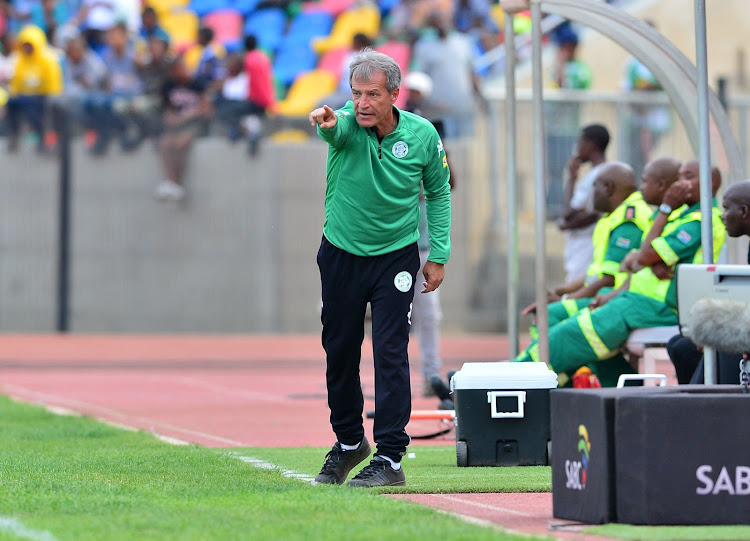 A second-half goal from Kabelo Mahlasela sealed the three points at Athlone Stadium‚ but in truth Celtic should have won by a greater margin as they dominated the chances and forced City keeper Sage Stephens into a number of fine saves.

Cape Town has been an unhappy hunting ground for Celtic. They lost twice in the Mother City last season against Tuesday’s opponents and also are winless in their last 14 visits to Ajax Cape Town.

Jelusic said there was no way his side would have played for a draw‚ though‚ which in itself would have been seen as a fine result.

“We came into the game with an open gameplan and as you could see from the first half we had many chances to score – we didn’t come here for a draw‚” he said.

“We knew also that City is one of the best teams in the country‚ but they played in the final of the MTN8 and maybe they are a little bit tired. We used that.”

Jelusic had praise for Mahlasela‚ who aside from his goal was also a constant threat to the City backline.

“He is technically a very good player‚ a very skilful and talented player. He is also a creative and fast player. He has so many good qualities‚” the Serb said.

Perhaps the one negative on the night for Jelusic was the fact that his side failed to convert the chances that came their way‚ with Ndumiso Mabena the chief culprit.

“We are permanently working to improve this aspect of the game – it doesn’t come easy but at least we are creating chances‚” the coach said.

Celtic will now remain in Cape Town for the week as they prepare to face Ajax in Athlone on Saturday night. Jelusic said there will be no time to take in the sights and sounds of the Mother City.

“We must be focused on the new game‚ there is no time for celebrations. We know it will be a new game and for us we must be serious with our approach.”

Celtic have taken 12 points from their seven matches this season with three wins‚ three draws and a single defeat.