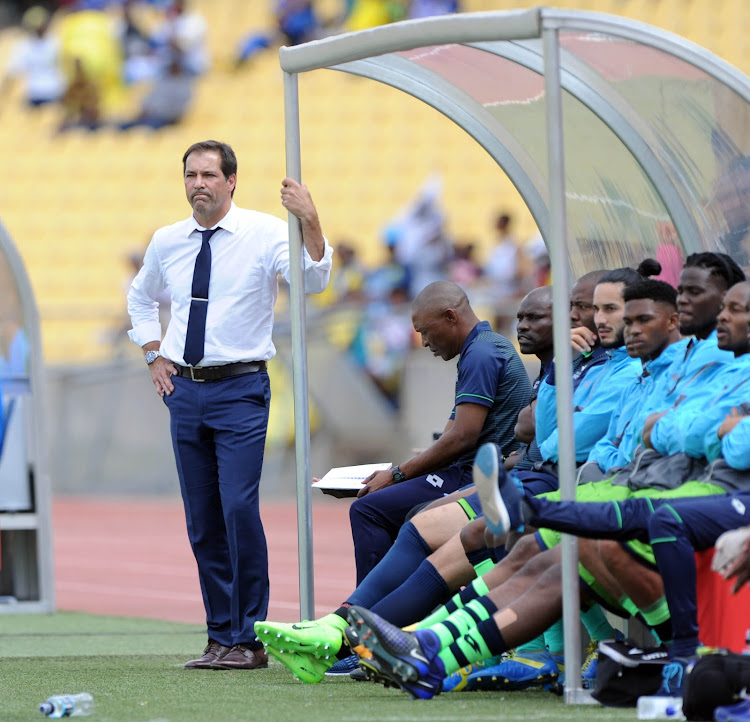 As De Sa brings his struggling Rustenburg-based side‚ who prop up the bottom of the Premier Soccer League (PSL) table‚ to FNB Stadium to meet his former team‚ he is realistic about the struggle that is on his hands with Stars.

The odds would appear to be stacked against De Sa.

He has inherited a squad lacking in depth‚ who have not won a game yet‚ even in his five matches since his arrival‚ and who must have some serious question marks over the quality of their preseason under De Sa’s predecessor‚ Englishman Peter Butler.

“I mean Eric Tinkler (De Sa’s long-time Bidvest Wits and Pirates assistant) just took over SuperSport because their coach (Stuart Baxter) left for the national team. And that’s OK. But that’s not going to happen all the time.

“You’re normally going to take over teams that are in trouble. It was a question of trying to get here early but that also didn’t help because then there were four matches in two weeks so you couldn’t really get time to work with the players.

“We do have problems with the depth. There are a lot of young players – too many at all at once.

“But look‚ you can’t cry about it. You’ve just got to get on with the job.

“I’ve got players and you’ve got to make it work with the players you have got.

“Hopefully in January we’ll be able to strengthen where we can. But for now we’ve got to just knuckle down and work hard.”

Stars have continued to labour in their five matches under De Sa‚ although the scorelines have been tight in those games.

With multiple injuries to some of his key defenders‚ Kaizer Chiefs coach Steve Komphela tweaked his rearguard and his clever enforced tinkering ...
Sport
4 years ago