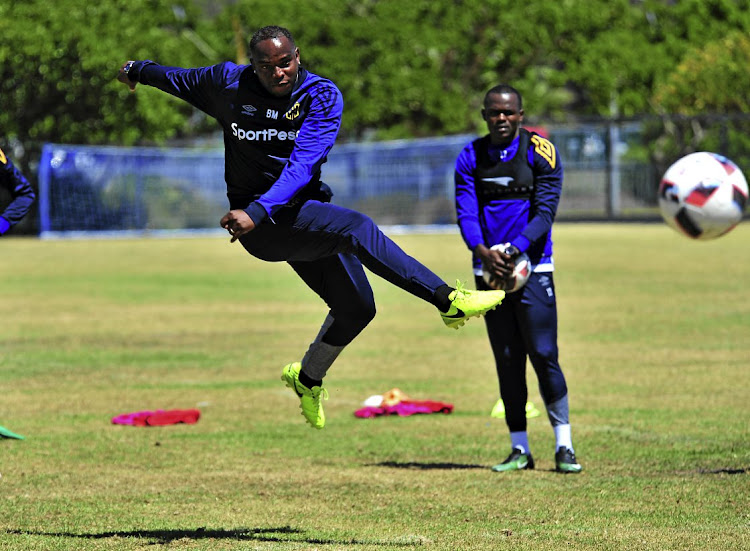 Cape Town City coach Benni McCarthy has blamed the club’s training facility for extending the injury absence for key winger Aubrey Ngoma after the player suffered another setback in his bid to return.

Ngoma‚ who was a revelation for the Citizens last season in helping them to third in the league and the Telkom Knockout trophy‚ has not featured at all this campaign after suffering a knee ligament injury in June.

McCarthy admits he expected to have the 28-year-old back in the team by now‚ but a groin problem has prolonged his spell on the sidelines‚ and the coach blames the state of the club’s training pitch.

“Ngoma is very close [to a return]‚ I thought he would be ready by now‚ but the conditions where we train are making it very difficult for him to make a comeback‚” McCarthy said.

“The pitch is not as smooth as it is at Cape Town Stadium. If we were training on a pitch like that‚ Aubrey would probably have featured already.

“It’s been a bit delayed‚ but hopefully he will be back in the next two weeks or so.”

Ngoma revealed the setback with his groin but hopes to be in action in the next “two to three weeks”.

“There are always niggles after you start running after such a long time and I had a setback with my groin when I was doing some fitness work‚ but that has settled well now‚” he said.

“At the moment I am working on my fitness‚ it should take two to three weeks. I hope I will come back stronger than before.”

He said building confidence will be crucial after such a severe injury.

“The first thing is to get match fit. That is important‚ because you can be fit‚ but not match fit. I have to work hard to get that back and with that comes confidence.”

Ngoma revealed his pain at having to watch from the sidelines as City lost the MTN8 final to SuperSport on Saturday in a game where he felt he could have made a difference.

“That was one of the saddest moments in my career where I had to watch a game where I felt I could have had an influence on the game‚ especially knowing how I have played before against SuperSport. It was sad‚” he said.

Surprise Absa Premiership leaders Baroka FC are in contention to win the first Q-Innovation prize of the season‚ but coach Kgoloko Thobejane says it ...
Sport
4 years ago

Orlando Pirates’ lack of intensity was an issue that cost them a victory against Platinum Stars‚ and which will be addressed in coming games‚ said ...
Sport
4 years ago