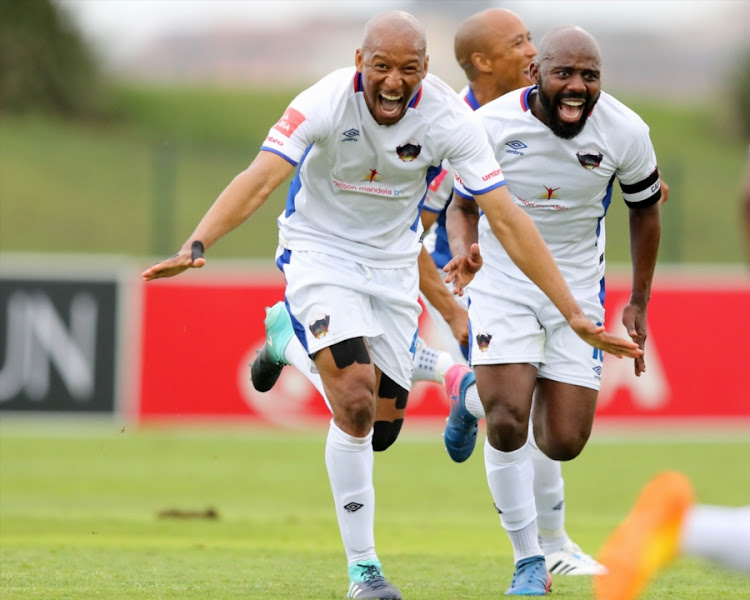 The 35-year-old veteran Katlego Mashego came on to deliver a first win for Chippa United’s new coach Tebeho Moloi after a run of five successive draws as they came from behind to beat Cape Town City 2-1 at Siza Dukashe Stadium on Sunday.

Chippa are up into the top eight while City continue to suffer a post-MTN8 cup hangover‚ even though they were 1-0 ahead at the break and had their chances to move into joint second place in the standings.

City should have been ahead after just 10 minutes when Craig Martin had a free header at the back post but Daniel Akpeyi made a one-handed stop to deny the rookie his first to flight goal.

But the Chippa goalkeeper had no chance seven minutes later when the visitors opened the scoring.

Thamsanqa Mkhize cut into the penalty area to feed Lehlohonolo Majoro‚ who was forced away from the goal but managed to hook a cross over to Lyle Lakay who fired home from close range on the full volley for a superb finish.

City had dominated to that point‚ pressing Chippa to good effect and turning the ball over regularly but on a hot afternoon they could not keep up the tempo and gradually Chippa forced their way back into the game.

Just past the half hour mark‚ Chippa midfielder Mark Mayambela had a chance to equalise after a quick one-two with Sizwe Mdlinzo but toe-poked the ball wide with his left foot.

Ten minute later‚ Chippa striker Lerato Manzini had a chance from the edge of the box but chose to place the ball rather than shooting with power and his effort went over the crossbar.

Lehlohonolo Majoro could have made it 2-0 for the visitors when Ephraim Seedat‚ who was sparkling down the left hand side‚ provided a perfect cross but the experienced City striker put his header horribly wide.

Chippa came storming out of the blocks after the break and were level within five minutes of the resumption.

Mabaso‚ a right back for most of his career but now pressed into midfield service since signing from Ajax Cape Town‚ equalised with a shot from a tight angle out near the corner flag‚ hitting into the far corner right across the goal.

Mayambela continued to prove a menace on the flank and set up Menzi Masuku with a chance but put it wide.

Mashego‚ who had looked to be battling a hamstring injury almost from the time he came on as a substitute‚ then grabbed the winner as City hesitated in clearing a lofted free kick into their area.

Kurt Lentjies got a shot in as a result and from the rebound Mashego pounced despite struggling with the injury to give Moloi a chance for a much-anticipated celebration.

Mamelodi Sundowns coach Pitso Mosimane has heavily slammed senior referee Daniel Bennett and his assistants for poor officiating in their 2-1 loss to ...
Sport
3 years ago

Veteran AmaZulu and former Bafana Bafana striker Siyabonga Nomvethe has credited dedication‚ family stability and living a good lifestyle as some of ...
Sport
3 years ago