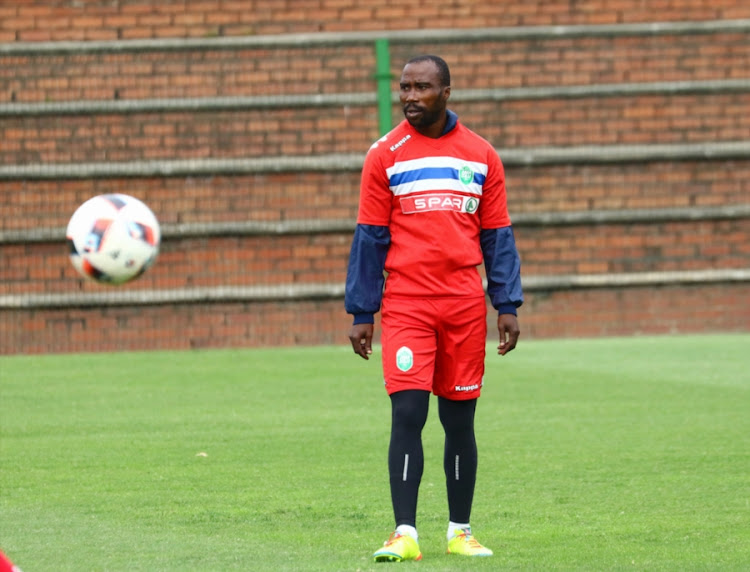 Veteran AmaZulu and former Bafana Bafana striker Siyabonga Nomvethe has credited dedication‚ family stability and living a good lifestyle as some of the reasons for his longevity which has seen him extend his lead as the all-time leading PSL goal scorer with 120 goals.

The 39-year-old Nomvethe‚ who has also played for Udinese‚ Salernitana and FC Empoli in Italy‚ Djurgardens IF in Sweden and Aalborg BK in Denmark‚ equalised for AmaZulu in their crucial 2-1 win over Mamelodi Sundowns on Saturday night at Lucas Moripe Stadium.

Nomvethe‚ who turns 40 on December 2‚ has also played for a number of clubs in the PSL including Soweto giants Orlando Pirates and Kaizer Chiefs and Moroka Swallows‚ also added that he has managed to last for almost 20 seasons because of his love and respect for the game.

The only active player to have lasted two decades in the PSL is Bidvest Wits goalkeeper Moeneeb Josephs.

“It all comes down to dedication‚ I also spent a lot of time with my family and I work very hard at training so that I am always fit," he said in Atteridgeville after AmaZulu handed Sundowns their third home defeat of the season.

He added that he wants to become an example to current youngsters so that they can remain focused and work very hard on their game and not to allow outside influences derail their progress.

“Age is just a number‚ I am just making sure that I use of the opportunity that I have to inspire others.

"There are youngsters that I have seen who can play for Bafana Bafana‚ for the junior national teams or even go to Europe but they waste their talents because of doing things that are not right.

"Others are no longer with us anymore because they took wrong decisions but I want those who are still playing at the moment to look at me and Mabhuti Khenyeza.

"We love and respect football because it has given us a lot and they must not have bad influences in their lives because those people will not be there when things are bad.

"We just want to show them that football is played with love and respect‚” he said.

Khenyeza‚ who scored the winner for AmaZulu against the Brazilians‚ increased his tally to 107 in the PSL and he is now one behind legendary Sundowns striker Daniel “Mambush” Mudau‚ who is on 108 goals in the all-time list.

“We are advising the younger players at the club so that they can learn from us and maybe play until the age we are on the moment.

"On the field‚ our combination has been good because we were together in the National First Division (NFD) and we understand each other very well.

"Part of our responsibility is to help the youngsters to acclimitise to the challenges of playing professional football because we have been doing this for a long time.”

PSL all-time leading scorers (since its inception in 1996):

The barbs of the Soweto derby being the draw-by will continue after a 0-0 Absa Premiership stalemate between Kaizer Chiefs and Orlando Pirates at FNB ...
Sport
3 years ago