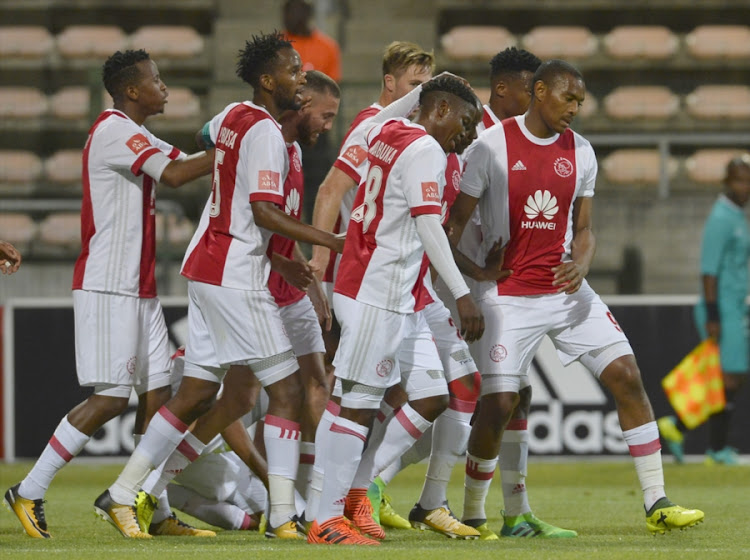 Stanley Menzo says his Ajax Cape Town side showed their best football of the season in the first half of their 2-1 home victory over Bloemfontein Celtic on Saturday.

The Ajax coach was a relieved man after the result but now hopes the side has turned the corner after they collected their second victory of the campaign thanks to goals from Bantu Mzwakali and Tashreeq Morris.

“We played the best first half of the season‚” he told reporters after the match.

“The second half we couldn’t play anymore because Celtic pressed us higher. Because of that we lost a little bit of confidence and then in the second half you have to say it is all about the win. But I think we won the game in the first half with the way we played.”

Ajax did have to withstand some heavy Celtic pressure in the second period‚ but Menzo said it was normal in a game.

“We can’t play like Barcelona for the whole 90 minutes and from what I saw in the first 45 minutes and I look at circumstances‚ I’m very satisfied with the win.”

The Dutch coach also hinted that his side’s poor run had knocked the confidence of the players‚ which in turn led them to make more mistakes than they usually would.

“For the players it is confidence‚ it is so important and belief can make a player not afraid to make mistakes.

"If you don’t have confidence you will be afraid to make mistakes and then you will make them.

"In the first half we had a lot of confidence because we played good football‚ and then we didn’t make so many mistakes.”

Menzo also feels that even through the poor run of the side‚ he did enough for them to win matches‚ it was simply execution that let them down.

“It’s not for me‚ it’s about the team. I am responsible‚ but the team has to do the job. I can only do so much.

"Of course‚ when you lose you [the coach] get blamed‚ but that is part of the job. I want the players to believe they can win‚ I put a lot of effort into that at training‚ but when it comes to the 90 minutes‚ it is up to the guys.”

Ajax are next in action away to Polokwane City in the Telkom Knockout first round on Saturday afternoon.