Chiefs coach Komphela says changes will depend on circumstances 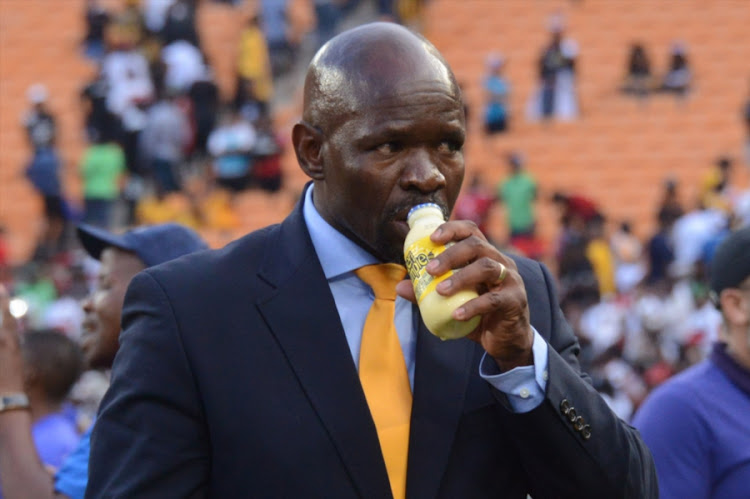 Kaizer Chiefs continued in Saturday’s Soweto derby to employ the cautious tactical approach that had characterized much of their season but growing confidence might allow for a more expansive game at the weekend when they play AmaZulu in Durban in the first round of the Telkom Knockout.

Chiefs’ coach Steve Komphela had promised “attractive football” when he first took over at the helm of the club over two seasons ago.

But an injury crisis‚ poor results and pressure on his position has seen him turn a traditionally-attacking side into a team that allows opponents the majority of possession‚ soaks up the pressure and looks for a killer punch on the counter attack.

It worked to good effect as AmaKhosi beat Mamelodi Sundowns last Tuesday and was used again through the first half of Saturday’s clash at Soccer City against Orlando Pirates which ended in a goalless draw.

Chiefs looked more expansive after the break as they took the game to their opponent for the first time in months when Gustavo Paez came on in the second half to join Bernard Parker in attack and Joseph Molangoane was pushed up from his right back role as they switched from a 5-4-1 to a 4-4-2 formation.

It suggests that the club might be less defensive in games to come as confidence builds -- starting at the Moses Mabhida Stadium on Saturday (kick off 8.15pm) against AmaZulu but Komphela says any changes depend solely on the circumstances.

“To be realistic who do you get back that can change things?‚ in the absence of getting people back in time‚ it depends on confidence.

“When (Joseph) Molongoane started to go forward‚ he showed that he could still come back and defend‚ then we encouraged him.

“It changed and modified our game plan to the point where you played to your strengths.

"It is a question of confidence to build on that. As a coach when you start to observe that there is no threat‚ then you don’t hold back the players‚” explained the coach.

“We did tell the team to push higher in the second half. ‘Take the line of confrontation a bit higher’‚ we told them at half-time.

“Do we take confidence out of that? Yes. Are we likely to do something about that in the next match? We should‚ if we are thinkers‚” added Komphela as he answered his own questions.

Chiefs host AmaZulu in Durban in one of the matches they are contracted to play at the Moses Mabhida Stadium in their deal with the eThekwini Municipality.