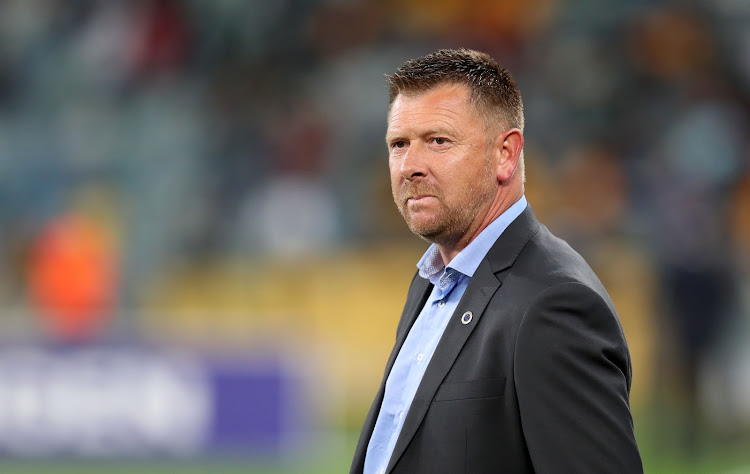 SuperSport United coach Eric Tinkler is confident his side can lift the African Confederation Cup this season as they prepare to face DR Congo giants TP Mazembe in the two legged final next month.

SuperSport will win the biggest ever pay-day in the club’s history if they successfully negotiate their way around Mazembe over the two legs with a whooping R17 million set aside for the winners.

Matsatsantsa have already played Mazembe twice this season in the group stages where they claimed a 2-2 draw in Lubumbashi and held them to a 0-0 at home‚ suggesting the two sides are evenly matched.

SuperSport booked their final spot with an excellent 3-1 away win at Tunisian side Club Africain on Sunday night that sealed a 4-2 aggregate win.

“I explained to the players that we needed to come here [to Rades]‚ to this hostile crowd and hostile environment‚ and play without fear.

"That’s how we have to treat the game against TP Mazembe‚ irrespective of all of the experience that they have‚” Tinkler told reporters after Sunday’s game in Tunisia.

SuperSport triumphed over Club Africain with a brace from Bradley Grobler and a 10th strike of the competition for Jeremy Brockie‚ and Tinkler feels they were full value for their win.

“The decision-making was very‚ very good. We knew they would come and play a 4-3-3 formation‚ we just weren't too sure whether they would play with three defensive midfielders or two defensive and one attacking.

“I think the fact they played with defensive midfielders actually played to our advantage.

"That meant they would be sitting back and looking to only really hurt us on the counter and I thought we dealt with them very well in the first 30 minutes.”

Tinkler adds that his side’s opening goal actually appeared to put more pressure on his team.

"We created chances‚ we got the lead and immediately after scoring we changed the way we played. I think the players to a degree started to panic a little bit. We started just knocking long balls and that was playing straight into their hands.

"The response from the players in the second half was exceptional. We started showing the same intensity and composure.”

Tinkler reveals that a change in formation helped to keep the Tunisians at bay as SuperSport switched to a counter-attack mode when ahead.

"We landed up changing the formation going with three at the back‚ playing with a 3-5-2 and were now looking to break on the counter against them. We ended up getting the third and possibly could have got more.

"So I'm extremely proud of the performance of the team. It's been a long run to get where we are and we thoroughly deserve to be in that final."

Skipper Dean Furman said the players are determined to lift the trophy.

“These boys put in an unbelievable shift. For 10 months now we have been going in this tournament‚ we want to lift that trophy now.

"One more hurdle to overcome. We want to lift this‚ we want to get that star on our shirts‚” he said.